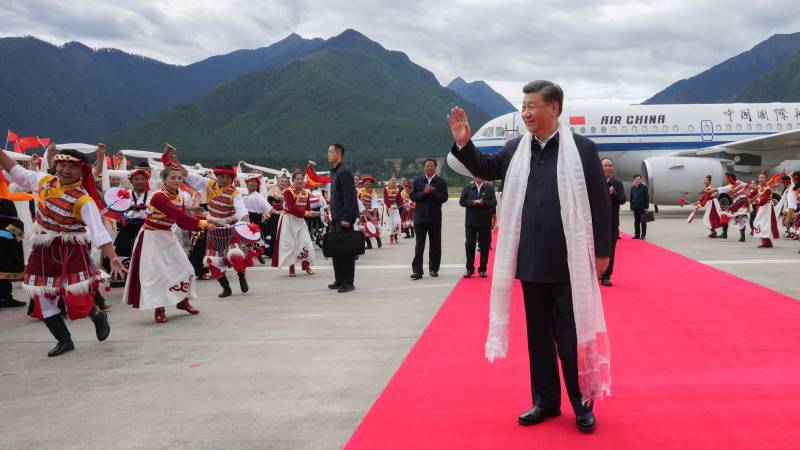 Chinese President Xi visited Tibet. On visits to infrastructure projects, a Buddhist monastery, and the Dalai Lama’s former palace, he was greeted by crowds waving enthusiastically and bowing monks.

It is exceptional that the Chinese head of state goes to Tibet: the last time was thirty years ago. Xi himself last visited the region in 2011, when he was still vice president.

The visit was not announced in advance and no specific reason was mentioned. It more or less coincides with the 70th anniversary of the Chinese invasion of the country, what Beijing still calls the liberation of the region.

Although Beijing has been pushing for more Chinese education and greater control over religious life in recent years, Xi appeared to want to stress Tibet’s leeway during the visit. The state-run Xinhua News Agency said it wished to be informed about matters of faith and protection of Tibetan heritage and culture.

In addition, the Chinese president took advantage of the trip to highlight the progress that has been made since then. For example, he visited a newly constructed railway line through the mountains and in Chinese propaganda a Tibetan explained how the area around the Potala Palace had been hugely renovated.

Earlier this year, correspondent Sjoerd den Daas made a propaganda trip through Tibet: