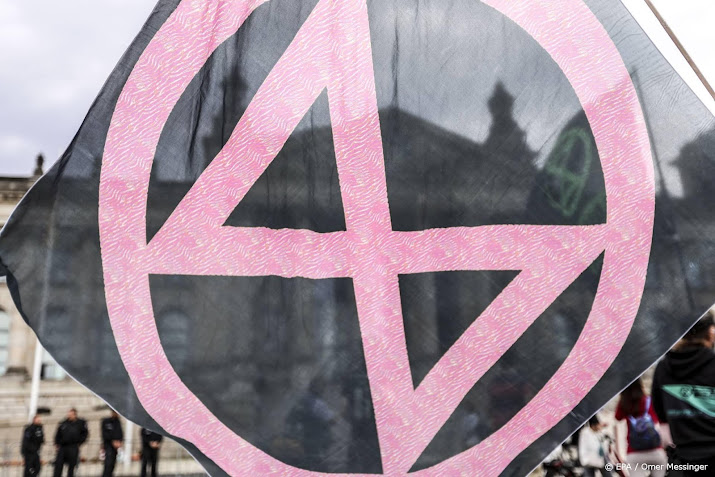 On Saturday afternoon, around 25 activists removed the foil that was wrapped around the trees in the Sterrebos next to Nedcar in Born. Activists did this to give bats the chance to hibernate in trees. Climbers of Extinction Rebellion pulled leaves and veils from tall trees.

VDL Nedcar applied this film to prevent bats from overwintering in hollow trees. The presence of bats would make the clearing of forests desired by VDL Nedcar more difficult.

The activists invoke a provisional decision recently issued by the Council of State (RvS). He ruled that a final decision in this case should first be awaited. As long as this decision has not been rendered, no tree can be felled, according to the Council. The judgment prevents opponents of the hood from being faced with a fait accompli in their appeal procedure before the Council of State.

After the provisional decision of the Council of State, VDL Nedcar informed the newspaper De Limburger that it would continue to prepare for deforestation until the final decision was taken. This includes wrapping hollow trees that bats use to stay there. The province of Limburg and Nedcar want to start clearing the forest as soon as possible as this would allow a possible extension of Nedcar with a second production line.

To this end, the province adopted the “VDL Nedcar Expansion” plan in December 2020. This allows the plant to be expanded by cutting down nearly 8 hectares of forest. In this way, the province wants to avoid having to follow lengthy procedures when expansion is really needed, for example when new customers come to Nedcar.

Protected species can be found in the forest, including the badger, several species of bats and the small kingfisher. “Much of their habitat and foraging area would be permanently lost if these forests were felled,” the council said in the interim decision.

According to activists, Nedcar has enough opportunities to expand on his own property and the forest should not be sacrificed for it.