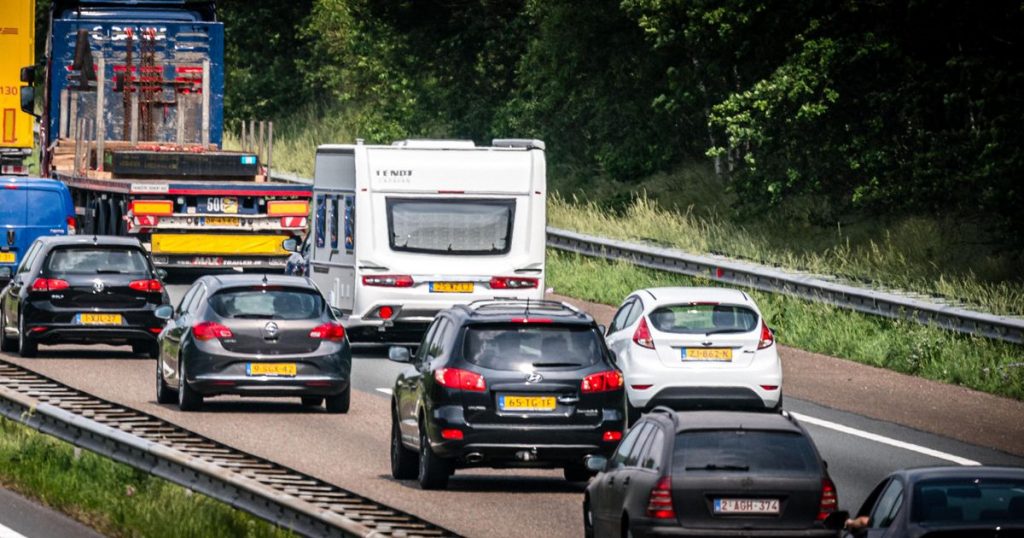 In the Netherlands, it will be crowded on Friday afternoon. The ANWB takes into account around 500 kilometers of traffic jams. There is a lot of delay, especially on the roads in the center, east and south of the country. Due to construction works, the Afsluitdijk (A7) is also a major bottleneck. The sea wall will be closed in both directions from 10 p.m. Friday to 8 a.m. Saturday.

During the weekend, road users should also take into account other delays due to construction. For example, the A1 from the German border to Hengelo will be closed all weekend between the border and Oldenzaal.

The ANWB expects the biggest crowds this summer on the roads abroad on the well-known vacation routes. Due to the pandemic, many Europeans are going on vacation by car. Holiday traffic must take into account the detours in eastern Belgium and in Germany between Cologne and Koblenz. After the floods, many roads are still impassable.

Just like last Saturday, heavy traffic is expected in France. Very early on, there are traffic jams between Lyon and Orange on the A7. The A10 / A63 Paris-Tours-Bordeaux road to Spain also fills up in the morning. Anyone traveling through central France via Limoges and Toulouse (A20) or Clermont-Ferrand (A71) will also need to be patient on Saturday. Vacationers heading to the south of France should expect an additional three to four hours of travel time.

In Germany, there will be a lot of traffic jams in the south on Saturday. On the A3 near Passau and on the A8 between Munich and Salzburg, the ANWB expects a delay of one hour. But also in the north, traffic stops around Hamburg (A1 / A7).

The biggest bottleneck in Switzerland is the A2 at the Gotthard tunnel towards Chiasso in Italy. The ANWB expects traffic jams all day on Saturday, with wait times reaching more than two hours. In Austria there will be traffic jams on the A10 / A11 Salzburg-Villach-Slovenia on Saturday. The Karawanken tunnel on the Slovenian border is the biggest bottleneck there. Busy roads en route to the lakes and coast of northern Italy include the A4 Milan-Trieste, the A14 Bologna-Rimini and the A22 Brenner Pass-Verona.