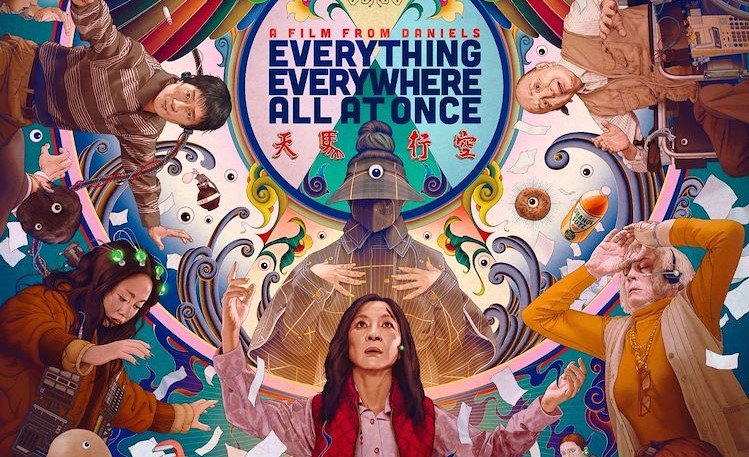 After rave reviews and an incredible opening weekend in the United States, The Searchers will release the highly anticipated sci-fi adventure Everything everywhere all at once with Michelle Yeoh in cinemas in the Netherlands and Belgium from May 19.

Everything Everywhere All At Once in the Netherlands at the cinema

Evelyn (Michelle Yeoh) and her husband Waymond (Key Hun Quan) have an unsuccessful laundry, a rebellious daughter, and a tax return that seems to never end. Just when it all becomes too much, the universe rips apart into an infinite number of universes and Evelyn is no longer just a laundromat, but also an internationally acclaimed movie star, kung fu master, chef or maybe the hero everyone needed all along. .

Everything everywhere all at once is written and directed by director duo Daniel Kwan and Daniel Scheinert a.ka. the Daniels. Joe and Anthony Russo produce through their AGBO banner along with Ley Line Entertainment and Jonathan Wang. Eli Bush and Mike Larocca are executive producers along with Josh Rudnick, Tim Headington and Theresa Steele Page.

Everything everywhere all at once had its theatrical release in the United States last month. Along with fantastic box office numbers, the film has also been showered with sensational reviews, making it one of the must-watch films of 2022. The film is now gearing up to conquer the rest of the world.

Everything everywhere all at once can be seen in Dutch cinemas from May 19, 2022.