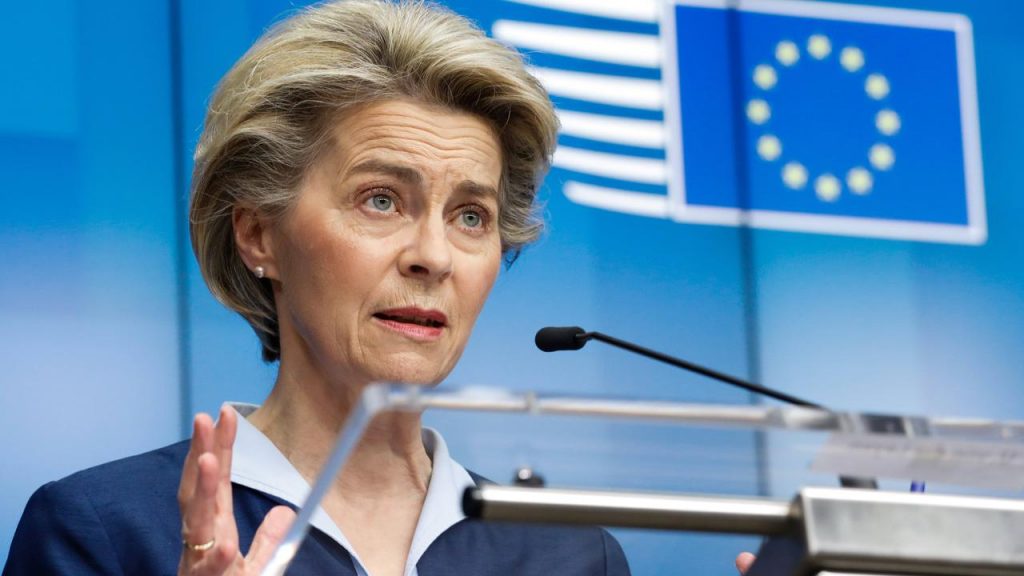 The European Union and the United States have agreed for the moment on reciprocal import tariffs to delete. The European Commission reported on Friday. Import tariffs will not apply for the next four months, which appears to end the trade dispute that has been going on for about seventeen years.

Last year, import duties of several billion euros were introduced by the two economic superpowers, as on European cheese, olives and whiskey. The United States accused the EU of secretly supporting the aircraft manufacturer Airbus with favorable loans. The EU said Boeing was helped by favorable tax rules.

Ursula von der Leyen, president of the European Commission, said in a statement that she and US President Joe Biden would like to resolve the trade dispute. “This is great news for businesses on both sides of the Atlantic and a very positive signal for our economic cooperation in the years to come.”

The fact that tensions with the United States are finally easing has to do with President Joe Biden’s arrival at the White House. It was recently announced that the new US government is keen to revise the policy on import duties on products from the EU. In addition, several European member states have indicated that they hope to be able to reestablish ties with the United States after the presidential change. During Trump’s reign, tensions increased further.

The European luxury group Louis Vuitton Moët Hennessy (LVMH), maker of alcoholic beverages Bacardi and Microsoft, was particularly affected by the prices. The suspension is therefore good news for them. Airbus has also announced that it welcomes the move. The group declares itself in favor of “all measures necessary to create a level playing field” because no one would benefit from import rights.

Washington also reached deals with the UK on Thursday on a temporary suspension of import duties. London, which has had its own trade policy since Brexit, unilaterally rolled back additional tariffs on some U.S. products in January to ease trade tensions.