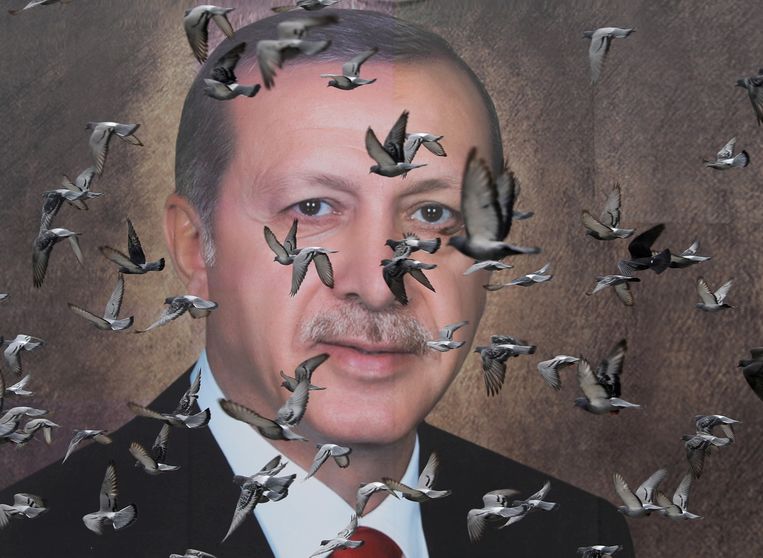 The whole weekend has been stuck in the air: is Turkey really going to expel ten Western ambassadors, including those from the Netherlands and the United States? After all, that’s what President Recep Tayyip Erdogan announced on Saturday in a speech to an enthusiastic crowd of supporters in the town of Eskisehir.

Erdogan said he ordered his foreign minister to declare the ambassadors persona non grata, the formal stepping stone to deportation. However, the ambassadors had heard nothing on Sunday evening. It looks like the issue will first be discussed at the cabinet meeting in Ankara on Monday.

If it is decided to implement Erdogan’s words, it will mark an unprecedented low in relations between NATO member Turkey and Western members of the alliance. Turkey reacted strongly to the appeal of the ambassadors to the Turkish authorities last Monday to release the businessman and philanthropist Osman Kavala.

The following day, the ambassadors had already been summoned to Ankara, and Thursday Erdogan had alluded to an expulsion. “We can no longer afford the luxury of allowing this group to enter our country,” he told reporters. “Do you think you can lecture Turkey? Who do you think you are? ‘

It happens more often with Erdogan that such rhetoric is not followed by action, but since Saturday’s speech it seems he wants to crack some hard nuts. In doing so, however, it risks conflict with countries it desperately needs on a variety of fronts. The ambassadors of France, Germany, Canada, New Zealand and the Scandinavian countries also signed the declaration on Monday.

What makes the always so calculating Erdogan move? The Turkish opposition immediately made the connection with the poor state of the economy. The value of the Turkish lira has been falling steadily for years and entered a free fall last week after the central bank cut interest rates despite rising inflation. Never before had read it been so weak.

Partly because of this, the ruling AK party scores poorly in the polls. As it stands, Erdogan will not win the 2023 election. A conflict with the West can distract from all of this, at least the thinking. “We know this film now,” said Yavuz Agiralioglu of the opposition party IYI. “Better to tackle the real problems in this country, the economic crisis.”

The man at the center of this game, Osman Kavala, 64, is a leading figure in Turkish civil society. He runs Anadolu Kültür, an organization of cultural and social projects. Anadolu Kültür works a lot with artists, minorities and disadvantaged children.

Kavala has been in detention for four years. He was accused of attempting to overthrow the government during the Gezi protests in 2013 and of participating in the failed coup in Turkey in 2016.

The Kavala affair has become the most important touchstone for Europe in the discussion with Ankara on the decline of democracy and the rule of law. The European Court of Human Rights ruled in 2019 that there was no evidence against Kavala. The Council of Europe has initiated criminal proceedings against Turkey. This could lead to the suspension of Turkey as a member.

Parties in the House of Representatives are reacting extremely critically to Erdogan’s announcement on Saturday. It’s “on a collision course,” says Kati Piri (PvdA). According to VVD foreign affairs spokesman Ruben Brekelmans, Erdogan shows his true face with the step “once again”. The president has “lost his mind and appears to be a sultan towards senility,” tweeted Derk Jan Eppink (JA21).

Meanwhile, the atmosphere between Turkey and Europe threatens to cool in other ways as well. According to the European Commission, negotiations with Ankara on EU membership are “in fact at a standstill”. The Commission writes this in an unprecedented critical report on relations with Turkey. Never since the start of accession negotiations in 2005 has a progress report been so negative.

Brussels is particularly concerned about the erosion of the rule of law in Turkey. The recommendations of the Commission in this regard were ignored by Ankara. “The EU’s serious concerns about the deterioration of democracy, the rule of law, fundamental rights and the independence of the judiciary have not been taken into account,” said the Commission.