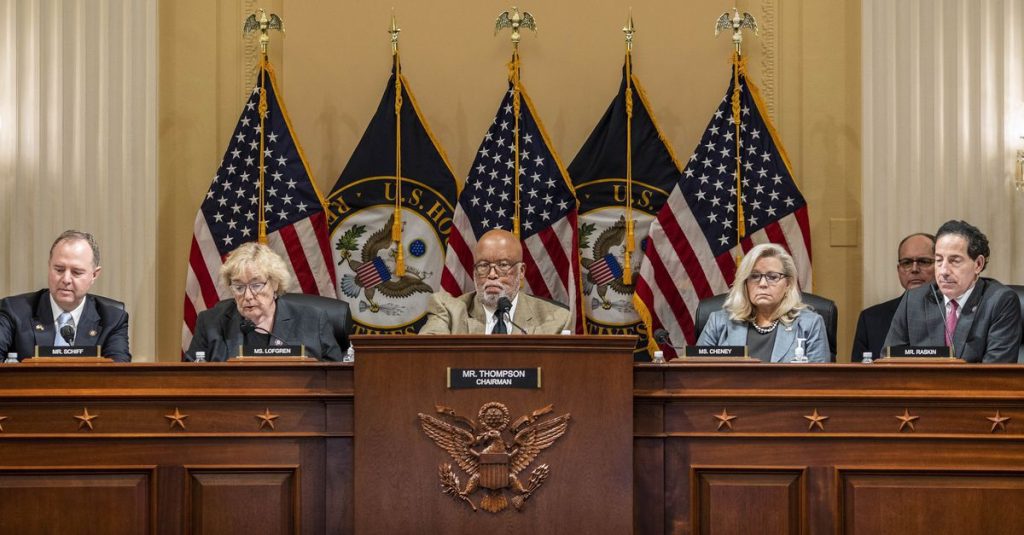 Several officials say they came under pressure from Donald Trump and his team after the presidential election. They said so on Tuesday during the fourth hearing on the January 6, 2021, seizure of the Capitol in Washington. This happened especially in oscillating states, where Biden’s win was smallest. For example, Georgia State Secretary of State Brad Raffensperger received a phone call from Trump asking… “to find 11,780 votes”†

The Washington Post released audio clips last year in which Trump pressured Raffensperger to “find votes” to make amends for his loss in the state. Raffensperger told the hearing that he had the votes recounted twice, but they were correct. “Numbers are numbers, numbers don’t lie.”

Besides Raffensperger, his assistant Gabriel Sterling, who oversaw the elections in Georgia, also spoke. He explained how difficult it was to resist the persistent allegations of voter fraud that Trump sent around the world. For example, he said he often felt that people didn’t believe information released by his office because the President of the United States, “whom many admired and respected”, told them it was a lie.

In addition to witnesses from Georgia, Russell Bowers, the Republican Speaker of the Arizona State Legislature, was also heard. He was a Trump supporter for the 2020 presidential election, but during the hearing called it the “circus” he found himself in after the election. He also said he was pressured by Trump and his associates, including his attorney Rudy Giuliani. He asked her to replace the electoral votes. Bowers replied that he was asking her something “against the oath I took”. When asked about the evidence for voter fraud, Giuliani replied that they had many theories, “but we just don’t have the evidence.”

At the end of the hearing, two poll workers, Shaye Moss and her mother, also spoke. They served in Fulton County, Georgia in the 2020 election. They were falsely accused by Rudy Giuliani of committing voter fraud after the election. They were then threatened and received racist messages on Facebook.

The whole situation had “turned his life upside down,” Moss said in moving testimony. “I don’t want anyone to know my name,” she said. “I don’t want to go anywhere with my mum because she might be screaming my name in the supermarket aisle or something. I don’t go to the supermarket at all. I haven’t been anywhere. I gained about 27 kilos. I don’t do anything anymore. I don’t want to go anywhere. Moss quit his job as an election official.

Correction (June 22, 2022): An earlier version of this article incorrectly stated that a White House employee had to find 1,780 votes. Not true, there were 11,780. This has been corrected above. A quote from Shaye Moss has also been edited, stating that she gained 60 pounds. It must have been 60 pounds (27 kilos).