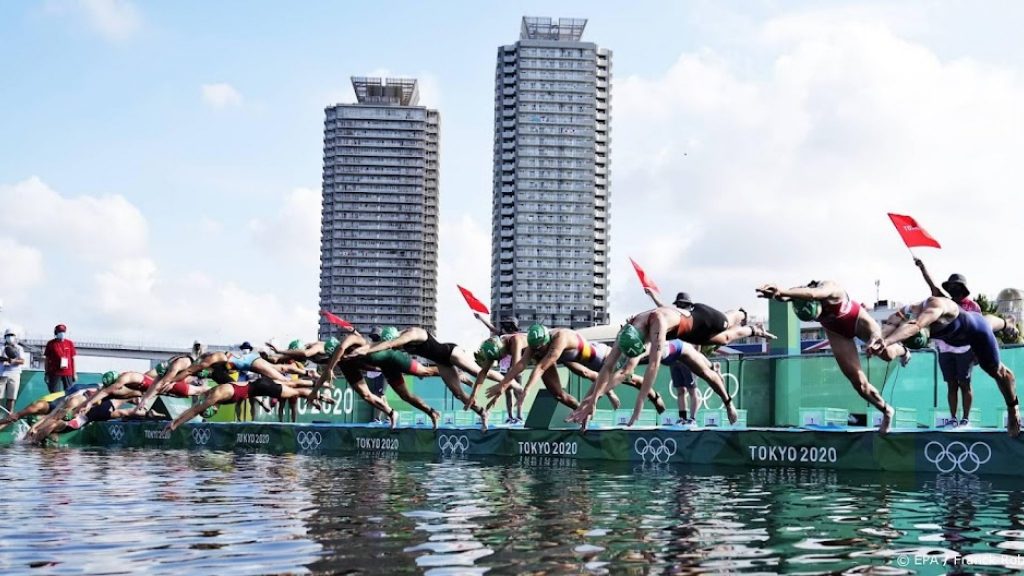 The Dutch triathlon team finished fourth in the mixed relay at the Tokyo Olympics. Britain captured the gold. The money went to the United States and France had to settle for bronze.

The Netherlands had to give in 53 seconds to the winning team of Great Britain. The American quartet finished 14 seconds behind the winner. France’s delay at the finish was 23 seconds.

The mixed relay is a new discipline at the Games. Teams of two men and women completed a small triathlon of 300 meters of swimming, 7 kilometers of cycling and 2 kilometers of running in the form of a relay. The Dutch team consisted of Maya Kingma, Rachel Klamer, Jorik van Egdom and Marco van der Stel. Klamer had previously finished fourth in the individual competition during the Games.

Kingma gave the Dutch team a good start. She came out of the water in second position and finished just 2 seconds behind German leader Laura Lindemann. Van der Stel maintained his position in the top four in swimming and cycling, which also included teams from Germany, the United States and Great Britain. After the race, he crossed the finish line in third position, behind Briton Jonathan Brownlee and American Kevin McDowell.

Klamer maintains the Netherlands in fourth place, but cannot prevent Great Britain, the United States and France from running further. Van Egdom left behind his Belgian and German competitor in the final meters and secured a fourth place.