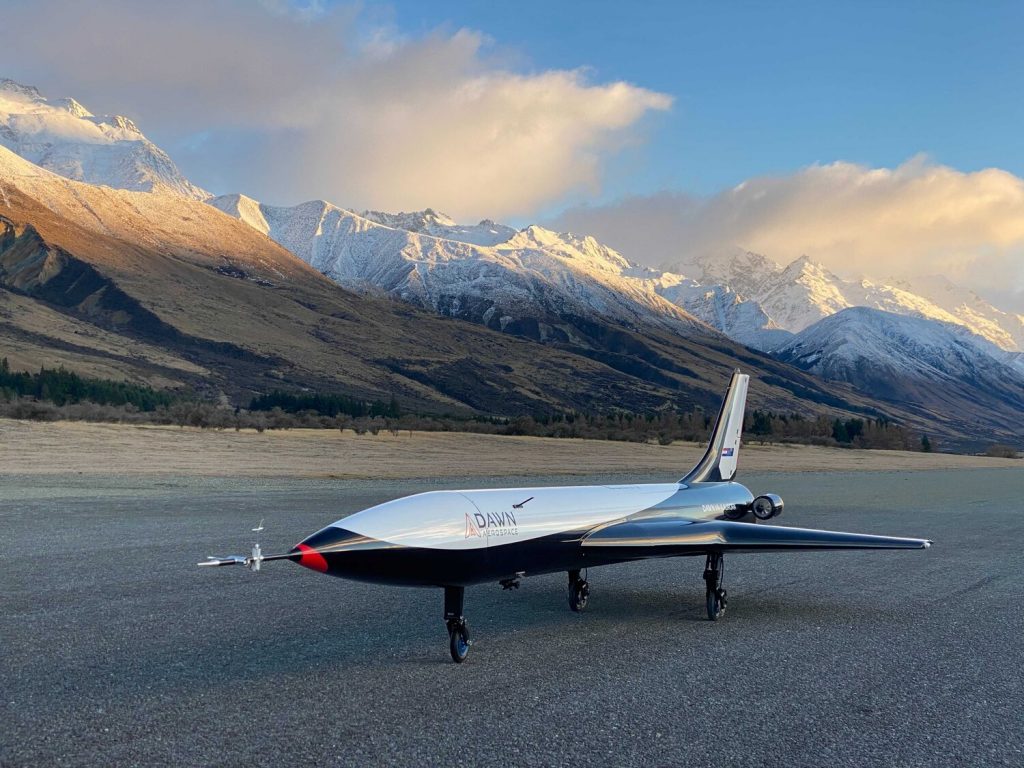 Dawn Aerospace develops a reusable space plane. The plane takes off and lands horizontally, which means it can use standard airports in many locations around the world. Once in the air, the Aurora must reach altitudes of up to 100 kilometers and more before landing again for reuse. The Mk-II is a test aircraft and will be replaced by the Mk-III. The Aurora Mk-III is expected to be able to orbit satellites weighing up to 250 kilograms.

From Glentanner Airfield on New Zealand’s South Island on turquoise Lake Pukaki, the company flew five test flights in three days. During the flights, altitudes were reached up to 3400 feet. In addition to the demonstration purpose of the Mk-II, the aircraft will also be used for scientific research in the atmosphere.

“Dawn Aerospace is focused on sustainable and scalable access to space. This is why our Mk-II space plane is fully reusable. says Stefan Powell, CEO. “The test flights provided a lot of data that will help in the further development of the vehicle. We are proud of the technical team who made the first flights of this experimental aircraft go smoothly. The flights went as planned and we were happy with the quick turnaround time which meant that in the end we only needed 90 minutes to complete two flights.

During the first test flights, the test aircraft was equipped with ordinary jet engines, but these will be replaced in the future by reusable rocket engines. Check out the first footage from the test flight and photos of the Aurora Mk-II below: