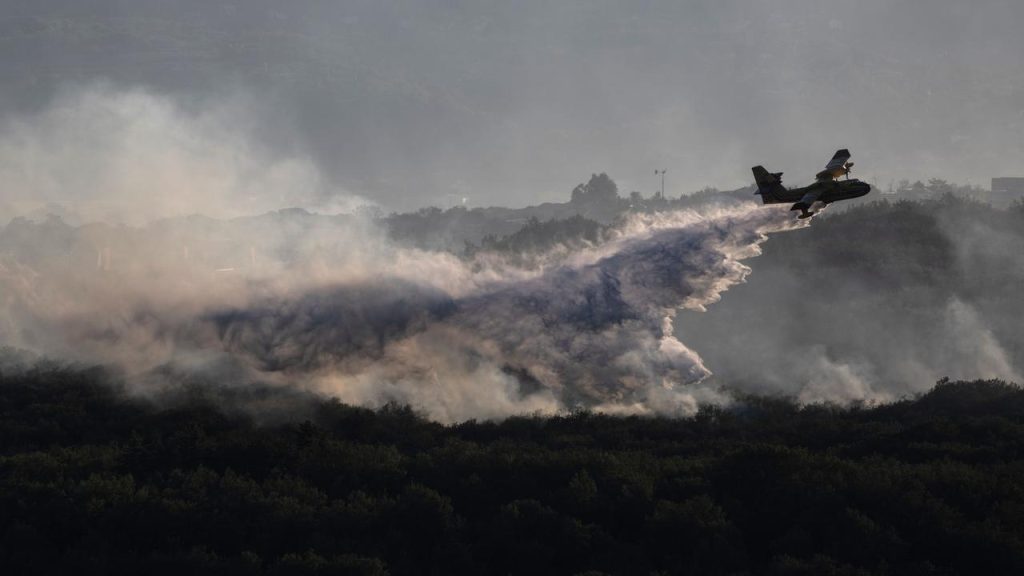 About four hundred campers had to leave a campsite in the south of France on Wednesday evening because of a forest fire. The evacuees also include Dutch people, including families with children.

Holidaymakers had to leave the Gorges du Verdon campsite because of the approach of the forest fire, which has already burned more than 350 hectares. They are cared for in neighboring villages. Vacationers can visit a gym or book a hotel in the area.

An eyewitness reports to NU.nl that the fire had been visible from the campsite since Tuesday. The fire was still far up in the hills, but that could change quickly due to the wind. This is why, as a precaution, it was decided on Wednesday evening to evacuate part of the campsite.

Firefighters are engaged in extinguishing work with hundreds of employees. This is made more difficult as the fire spreads over inaccessible terrain. According to the eyewitness, there is no panic among vacationers. They hope to be able to return to the campsite on Thursday.

Due to extreme temperatures and drought, several French regions are struggling with forest fires. Several campsites near Bordeaux were evacuated due to large forest fires which were only brought under control after almost two weeks. The firefighters spoke of an “exceptional crisis”.

Some fires may have been lit. A man was arrested on Wednesday in the south of France on suspicion of having started forest fires on several occasions since May.