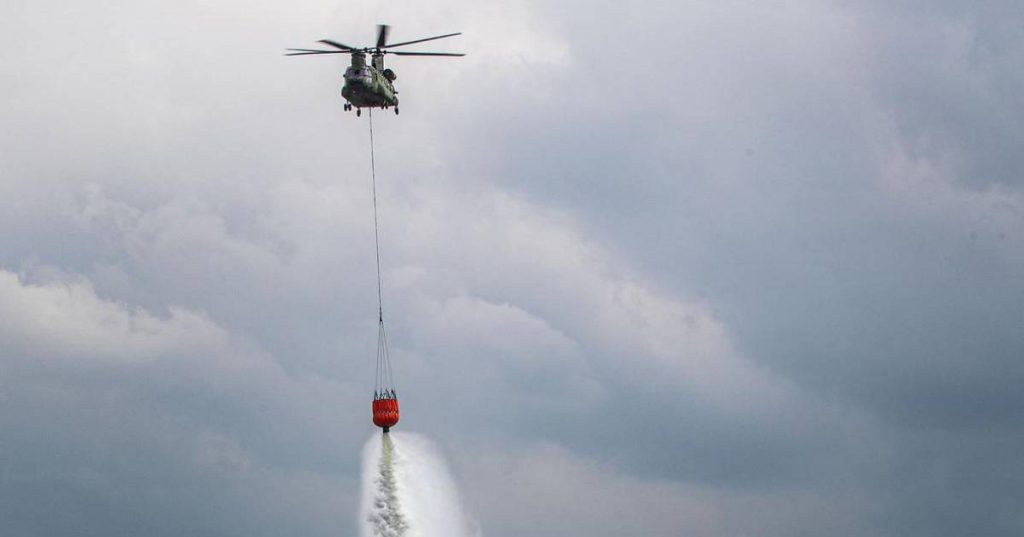 The Netherlands sends two army helicopters to Albania to help put out serious forest fires there. The country has asked for help from the European Union.

Fires are raging on a peninsula in a nature reserve just outside the southern city of Vlorë. Chinook helicopters take their “bambi bucket” with them. They fill this huge water bag with 10,000 liters of water and throw it on the flames. The first plane leaves Thursday, the second Friday and they will be operational from Saturday.

According to Defense Minister Ank Bijleveld, it is good that the Netherlands can help Albania to put out the fire “in a unique nature reserve”. Moreover, “it is of course the intention that the fire does not reach the inhabited world”, according to the outgoing minister.

The aid is coordinated and co-financed from Brussels within the framework of the European Civil Protection Mechanism (rescEU). There, countries can request emergency assistance in the event of a natural disaster. France sent two firefighting planes to Italy on Wednesday, while Cyprus sent two firefighting planes and firefighters to Greece. Slovenia supports North Macedonia with a 45-person fire brigade.

European Commissioner Janez Lenarčič (Crisis management): “We are working tirelessly to help. I thank Cyprus, the Czech Republic, France, Slovenia and the Netherlands. It is a fine example of European solidarity in times of need.

In recent weeks, violent forest fires have broken out in several parts of Europe. This was the case, for example, on the Italian island of Sicily, where fires were said to have been started. In Corinth, Greece, four villages had to be evacuated. Hundreds of people on the coast had to be evacuated to Turkey.

The countries around the Mediterranean are faced with extreme heat and forest fires: