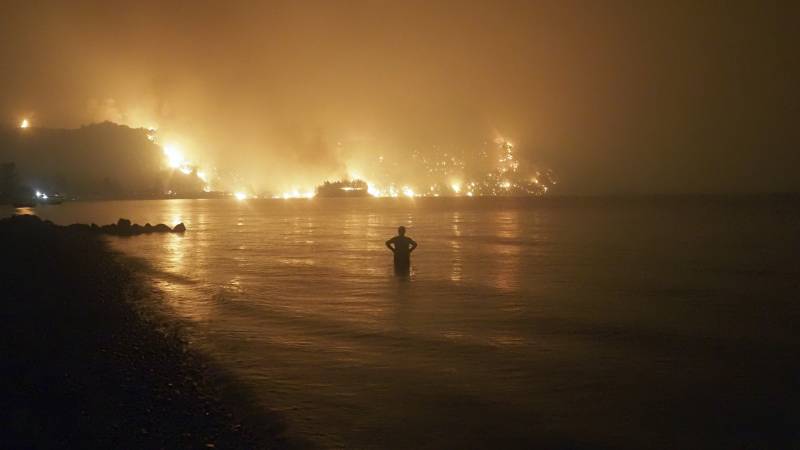 On a pure scale, the situation in Siberia is much more serious than in Europe, believe the two experts. European fires cause a lot of nuisance, but the scale of the fires in Siberia is “really exceptional”, according to Van Der Werf. He predicts that this pattern will continue over the next decades as the world warms.

The fact that fires increase in intensity causes another problem in addition to the direct nuisances: more CO2 emissions. When trees are burned, the stored CO2 is released. Van Der Werf: “Normally, a forest fire is CO2 neutral. As soon as the forest grows back, the CO2 released into the atmosphere is again absorbed by the trees. But if the fires get bigger, this can no longer be fully realized. “This contributes to the greenhouse effect and therefore to climate change. In short, a vicious circle.

It’s still unclear how many emissions forest fires will cause around the world this year, but it’s a significant amount of emissions, experts say. For example, the bushfires in Australia in 2019 and 2020 accounted for an amount of emissions comparable to that of an entire one-year global aviation.

Van Der Werf: “You can see that Turkey is already on an emissions record, at least for this time of year and probably also for the whole year.” According to him, global emissions are also exceptional, but this is mainly due to the fires in North America and Russia.