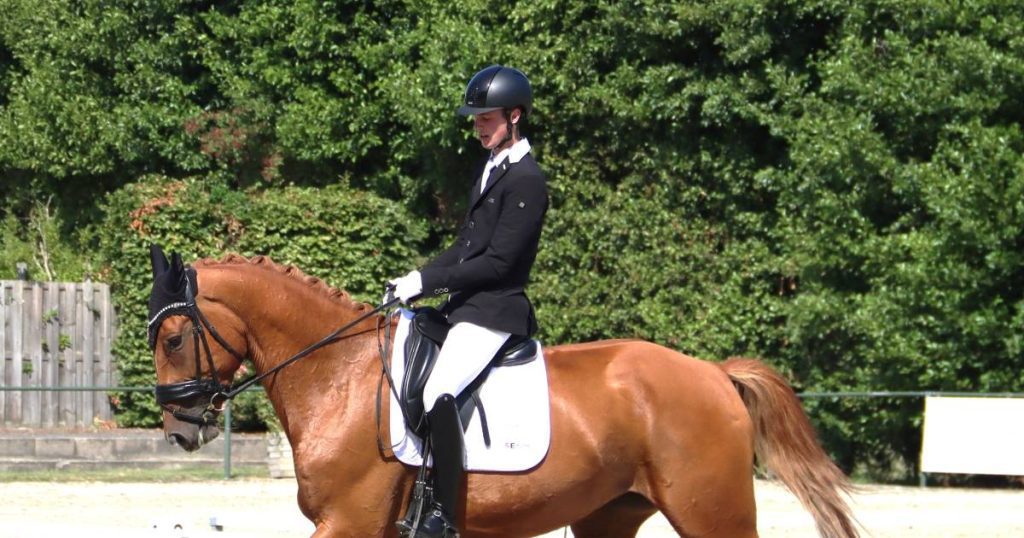 NIEUW- AND SIN JOOSLAND – With a dressage for which enthusiasts come from home, the combinations of the L2 class ensured a good opening of the Zeeuws Outdoor championship on Friday in Nieuw- en Sint Joosland.

With a flawless test, Robert Jan de Visser met the high expectations with the mare Magic Impression. The Serooskerke stylist sent the expressively moving five-year-old Henkie to victory with a mega score of 71.417%.

De Visser is very pleased – as he calls it – with his “shifting machine”. ,,Magic Impression is a very nice cooperation horse, which really has everything a dressage horse needs. And she picks up everything easily too. She’s only five years old and I haven’t ridden her for very long. And every game we score over 70%.

,,She also did a good test today. I’m satisfied, but the job isn’t finished yet. Tomorrow (Saturday) the title is at stake. For Magic Impression it will be the last game of L2. Because I am in compulsory promotion in M1 with her. So I can’t go to NK either. It would be fantastic to say goodbye with the title of Zeeland in your pocket. By the way, it’s not a race yet. Because the level is high and the competition is fierce. But here we go. »

After Zeeland Outdoor Dressage, we were also looking forward to the titanic battle in M1 between Chantal Nijpjes with the mare May Flower and Annemijn Boogaard with the stallion Mr. Magnum SDB. But it happened differently. The president of the South Holland jury, Marianne Wal-Hoogenboom, rated the Nijpjes test up to 8% higher and thus eliminated the sting from the competition.