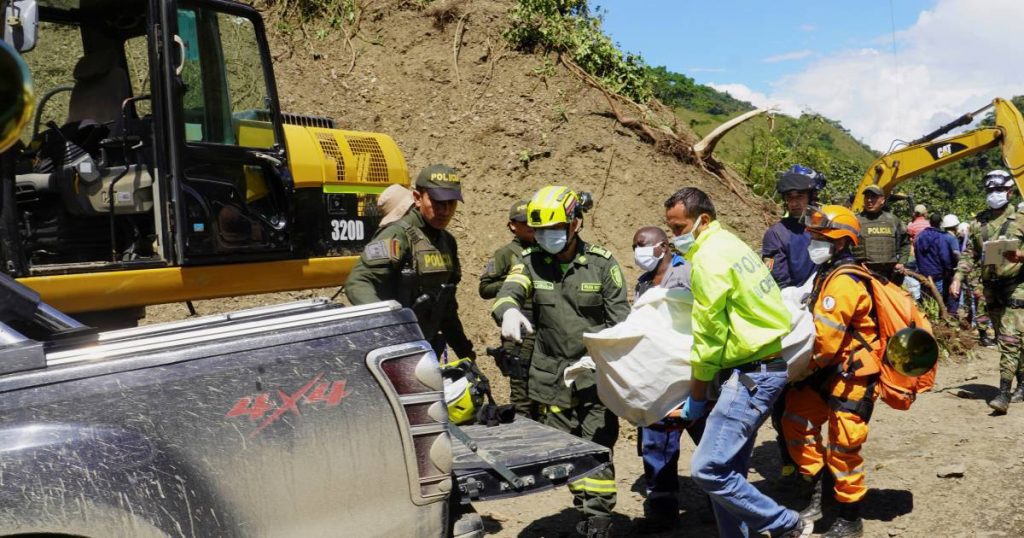 At least 34 bus passengers have been killed in a landslide in northwestern Colombia. Eight minors are also among the victims, authorities report via Twitter.

The bus was carrying a total of 37 people when the vehicle was hit by the landslide Sunday on the highway in Pueblo Rico, Risaralda Department, and was buried under a six-foot mass of dirt and mud.

According to Colombian media, several other vehicles were buried in the landslide, including a car with six occupants. There were not only deaths, but also many injuries.

More than 70 rescuers are involved in the rescue operation, but their work has been hampered by heavy rains, civil protection officials said.

Since the beginning of August, Colombia has been facing its heaviest rainy season in four decades, which could last until March. The heavy rainfall is attributed to the “La Niña” weather phenomenon, which cools the Pacific Ocean. President Gustavo Petro’s government has already declared a “national disaster” to free up resources to deal with the emergency.