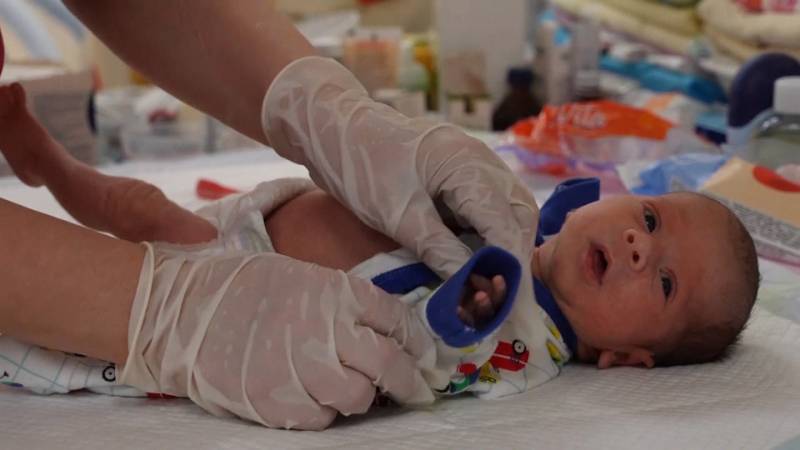 Hundreds of couples are expecting their babies in the UK. Sam Everingham, owner of the Growing Families Foundation, attempts to evacuate the babies.

Everingham is currently switching back and forth between the UK, Poland and Georgia. In recent weeks he has managed to get a number of newborns out of Ukraine, but it’s an incredibly difficult process, he says.

“We are trying to get babies from shelters and hospitals to border areas so their new parents can pick them up, but birth certificates and travel documents are required. The certificates office is closed.”

Often surrogates are unwilling or unable to travel themselves, he says. “They want to stay with their own families or are physically unable to make a long journey. That’s why we try to find nurses who can take newborn babies to the border. We try to organize ambulances, but that too is very difficult in the chaos.”

Diapers and baby food are running out

Everingham’s organization helps expectant parents around the world trying to contact surrogate mothers in Ukrainian shelters. It helps parents from European countries, but also from Canada and Australia, for example.

His main concern is that the bombardments are increasing, making safe places rare. Moreover, he is very worried about the babies who are not picked up because their future parents decide to give them up.

In the meantime, the layers are running out in the air-raid shelters. There is a shortage of baby food, says Everingham. Their caregivers are also overworked, the children need attention day and night. “Essential resources are scarce. We are trying to work with governments and other NGOs to get newborns to safety as quickly as possible.”