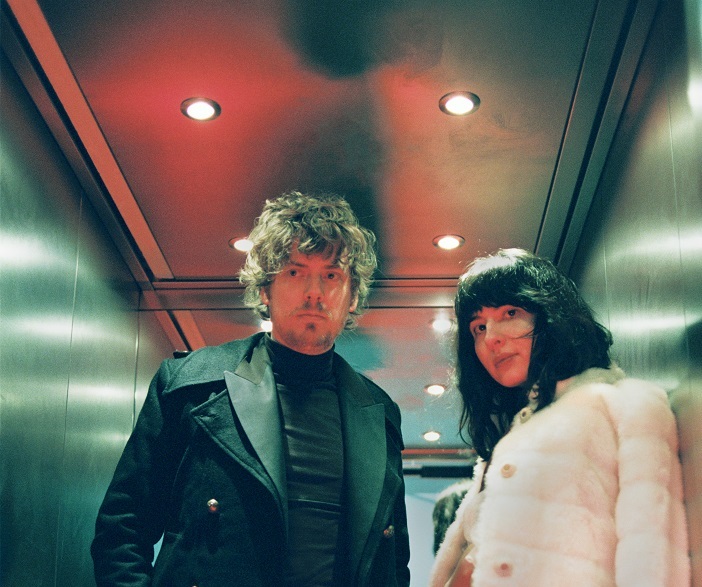 Rarely has a band name been so well represented in images and music as Donna Blue. “Donna is a character from David Lynch’s Twin Peaks. And Blue is the feeling of melancholy and sadness, longing. You could also see the blue hour, the mystical transition from light to dark. And that is allowed, because Donna Blue represents a unique and idiosyncratic sense of time and space.

Donna Blue is a (non-)Dutch band consisting of Danique van Kesteren and Bart van Dalen. They are both sitting next to each other behind the laptop screen, as befits a good couple. Or is the opinion not of this era and are we already visually seduced by another era with prejudices, associations and interpretations? After listening to their debut album “Dark Roses”, it would fit perfectly into Donna Blue’s storyline, meticulously described in eleven beautiful songs that together reflect the experience of this duo. Danique smiles: “After the previous three EPs and the individual singles, we wanted to deliver something complete with a complete album, which goes from head to tail. And it worked well. »

‘Dark Roses’ sounds like the product of a well-thought-out script on the one hand, and an organic process on the other with plenty of room for interpretation and improvisation. But before we get to the plot, let’s do an explanatory flashback: “Bart was in a band and I worked in a concert hall. In fact, we met backstage, so to speak. When we were living together I once did a song for Bart, I think just out of boredom. Which unexpectedly led to the creation of Donna Blue. “It fueled her enthusiasm to do something together.” It’s no coincidence, because it was precisely at this unique moment… that a new season of Twin Peaks began. “This series, this atmosphere… Yes, it inspired us.” Danique recounts enthusiastically, Bart nods: “That goes for a lot of movies anyway and their music, their visual ambiance.” The atmosphere, the images play a key role in the work of Donna Blue. Danique: “I also work as a photographer, so I spend a lot of time working visually with images. I’ve done this before for Postcards From Mars, the band Bart was in.

“Baby” became the first song in which their visual ideas emerged. “It was also our first video, also as part of Twin Peaks. Conceived in one day and immediately put on the Internet. With many positive reactions. “We thought: “If it goes so well, we can still do a song. The ball started to roll. And has been rolling for five years now. A ball with unexpected powers and twists, unheard of and unheard of in the Dutch musical landscape. “There is such a symbiosis between us now. We understand right away what the other means, with a certain guitar tune from Bart or an atmospheric image of me… We live together, we have the same references, we listen to the same music and we watch the same films. only two…

‘Dark Roses’ was released on Friday, May 13. “Not specifically researched, but maybe it should have been…” Reviews often attempt to capture the musical atmosphere in relation to the films and the directors. “We try to make music that captures people’s imagination, that can imagine certain scenes. If that’s reflected in the reviews, then the plan was a success. Danique proudly recounts and Bart is not left out: “The comparison with David Lynch is often brought up. His soundtracks are full of mysteries, captured in a vintage image, but also timeless. We like that ourselves. And if people also think that of our music, then it’s a nice comparison. 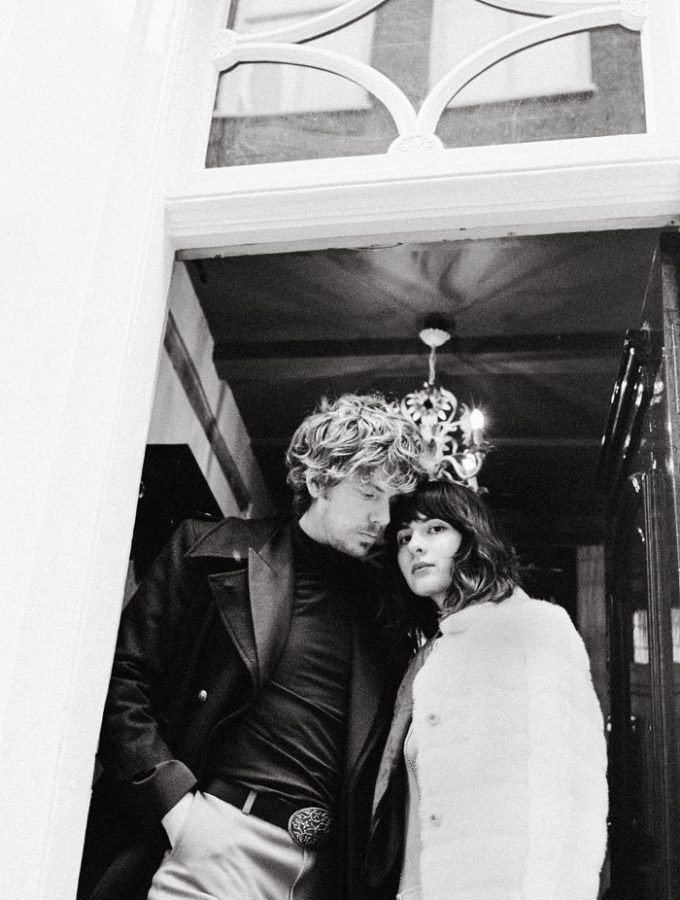 Donna Blue skilfully exploits the metaphorical power of images, as in the cinema. The same goes for the Côte d’Azur. “It always evokes a certain feeling.” Bart already sees himself: “Drive such a beautiful car through the French Riviera, like in the old movies. Delicious.” Which immediately offers a gateway to the language, French. Because if most of the songs are performed in English, ‘Solitaire’ and ‘Rouge’ are deliberately sung in French. Danique takes care of most of the voices and explains, “Yes, French gives a kind of fresh spark to a song. There’s something romantic about it. It also naturally has a different rhythm. It’s a seductive language that you can play with.” a completely different way. Femme fatale is perhaps not by chance a French expression and Danique often takes on this role of seduction on ‘Dark Roses’. “I am certainly not an actress, but as a singer, I play a certain role per song, in order to create that typical atmosphere or energy.” Coincidence or not… the songs play regularly on French radio…

Donna Blue’s songs exude the atmosphere of a certain era. “The inspiration is quite broad. Italian films of the 70s, those giallo films of horror and mystery. “And the 1960s, of course. That’s what we started with. Beautifully depicted on the latest ‘The Idea’ video, in moody black and white of course. “We wanted a kind of 60s Top of the Pops TV vibe.” It worked well for the two thirty-somethings, perhaps born too late for their perception of the world. “Well no,” Danique retorts, “But a vacation in the ’60s…if I could, I would.” On the beach with a transistor. With music that can serve as a reference to ‘Dark Roses’ after their sixties vacation. “Like the songs of Nancy Sinatra and Lee Hazlewood. They are so strange and so beautifully sung, very special. “And Ennio Morricone, more of his Italian films, his darker side so to speak.” 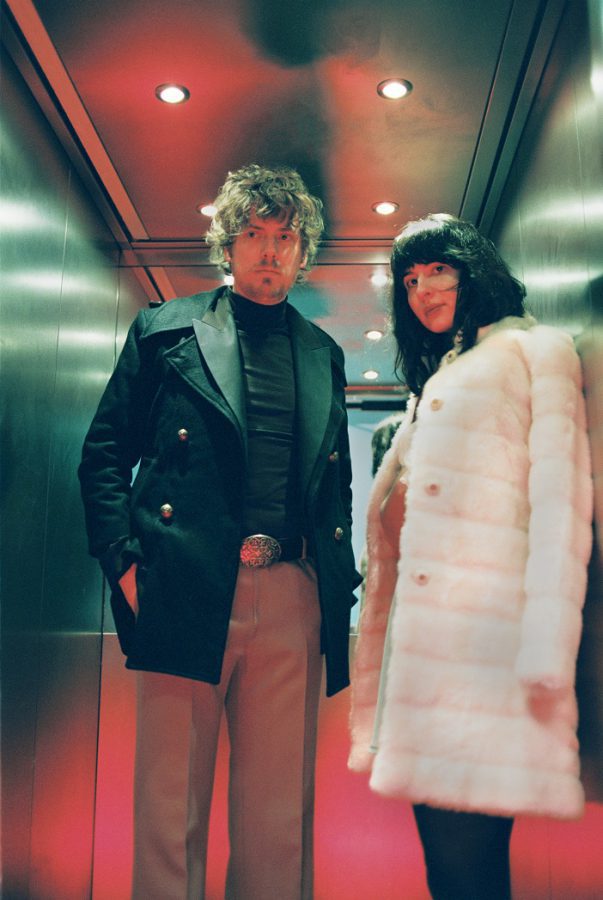 ‘Dark Roses’ sounds like a movie. “It also has a story, with a different feeling, per scene, per song. The tracklist also has a narrative order. So ‘The Beginning’, the appropriate opener, pulls you right into the album. Along with the bassline eerie, the humming guitar, the sweet hum. You’re immediately intoxicated by the vibe and want to keep looking for what? See you. And you hear Danique’s provocative voice: “Come close my darling / Let me tell you my dream / Come close don’t be afraid / I want to show you what we can be”. She is clear: “This is how it should be, like an invitation to enter our universe. for someone else, because everyone brings their own references. Art doesn’t always need to be explained. It’s good that everyone can live their own moment of discovery.”

In the middle of the disc, between the other English and French songs, with atmospheres from Lynch to the Côte d’Azur, the instrumental ‘Waking Up From A Dream’ appears like a coup de theater. Why? What is this number doing here? Bart puts forward a piece of advice: “Think of it as a kind of intermission, which of course you also had in the old movies.” Danique further clarifies: “It’s a motif that we come back to in several songs, like with an original soundtrack… I even think that’s why it’s also a central song for the history of the album. The main theme…

Asked about the most characteristic song of the disc, the two protagonists are a little silent. “The album is also so broad.” Maybe a description? “Cinematic indie pop, with a bit of sixties?” “Maybe black pop, there is also this French in it, and the light and the dark, this cinematographic.” That way you don’t quite understand. This may be the perfect scene to set the cliffhanger… And in the meantime listen to Donna Blue, ‘Dark Roses’, because there’s so much more to it than Danique and Bart can put into words. Donna Blue portrays a unique and idiosyncratic sense of time and space.