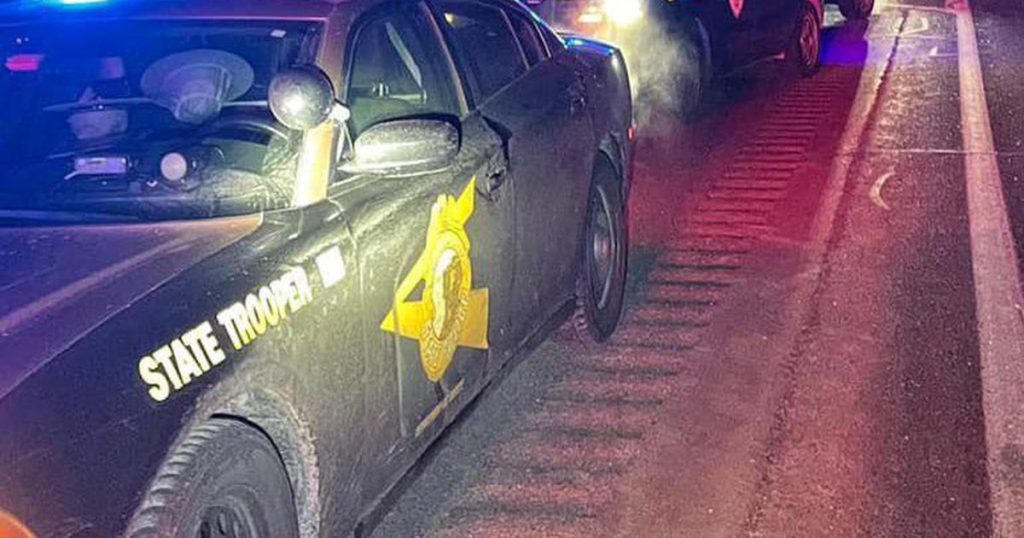 Tinsley, a one-year-old German Shepherd, ran on a freeway on the New Hampshire-Vermont border, prompting motorists to call the police. When the police saw the animal and attempted to capture it, Tinsley led them to a nearby location. A van had pulled off the road there. Both occupants of the car were thrown from the vehicle and were suffering from hypothermia.

“It was clear that Tinsley had led police to the scene of the crash and the injured,” the New Hampshire Police Department said. “Officers noticed the dog was trying to show them something because she was still running away from them, but not completely,” Constable Daniel Baldassarre said. “It was like she said ‘Follow me, follow me’.”

“I compare it a bit, for those who remember, to a real ‘Lassie’ story, where people are in need and the dog goes for help and takes them to where the person is,” Baldassarre said. As paramedics provided first aid to the injured, the dog sat quietly next to its owner.

Tinsley owner Cam Landry assures Tinsley will get a nice reward. “She’s my little guardian angel,” he told WCVB television. “It’s a wonder she was smart enough to do what she did.”