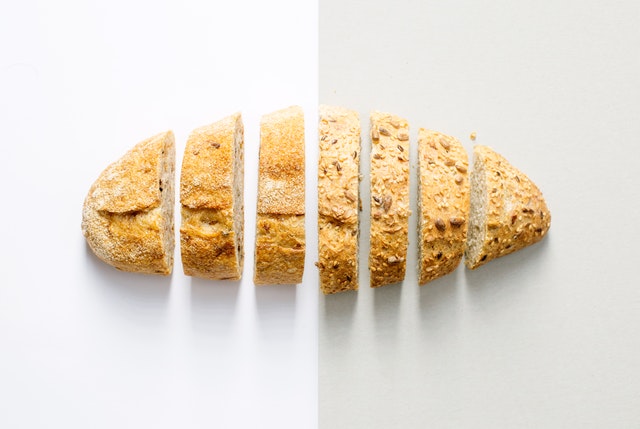 A few years ago, a gluten-free diet suddenly became very popular. From the books it appeared that gluten was the cause of many different complaints. From complaints such as diarrhea and a feeling of swelling to many other complaints and illnesses. In America even the book “Grain Brain” by David Perlmutter was published, a book which was published in the Netherlands under the name “The Danger of Gluten”. In this book, the link is made between gluten and the development of dementia.

For some people, gluten is clearly unhealthy. They have celiac disease or gluten intolerance. (Also see thuisarts.nl.) These people should therefore avoid grain products that contain gluten, such as bread, pasta and cookies. A few years ago, however, the theory emerged that gluten is bad for everyone. Our bodies were not designed to process gluten.

When the theory first emerged a decade ago that gluten can also cause dementia, it was hard to disprove. It seemed highly unlikely for many different reasons, but it lacked solid scientific evidence. Scientific research takes years and those concerned would like an answer – today. A number of important studies have already been carried out.

The grain contains many healthy substances

Cereals with gluten are Nutrition Center “A source of carbohydrates, protein, fiber, iron, vitamin B1 and folic acid. Bread is also an important source of iodine. So it’s unwise to just start a gluten-free diet, experts say. The risk of having a nutrient deficiency is high. This effect is so large that the researchers in the Swedish study above actually feared that people with celiac disease were at a higher risk of dementia. Fortunately, this turned out to be wrong. With good guidance, a diet can be worked out in which people with celiac disease also receive all important nutrients.

A theory arises easily, but often difficult to refute. A smart businessman can easily benefit from this. After all, it takes years before science can refute your claims. The author of the book we mentioned above, Dr. David Perlmutter, made a lot of money selling books and supplements up to and including an $ 8,500 “brain detox retreat”. So now that the gluten hype is over? No problem. Then a smart businessman just advises something else. His latest book is already full of new tips!

Receive the free brochure ‘Reducing the risk of dementia’

Want to learn more about the risk factors for dementia and practical tips to lower your risk? Request the free brochure “Reducing the Risk of Dementia” containing: