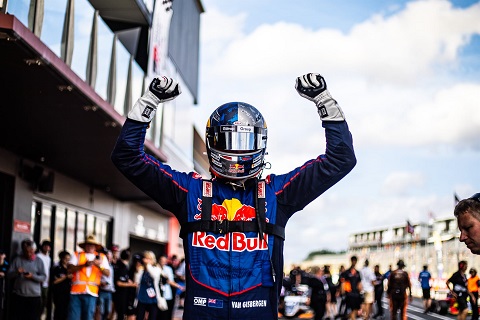 Before the New Zealand Grand Prix, SVG accidentally turned on the fire extinguisher on their Toyota FT60 and the team had to make frantic efforts to refill it on time. The result was that SVG had to connect from the pit lane at the back. A furious catch-up chase ensued. From P16, SVG finally took the win. His fellow Supercar, André Heimgartner, finished second in the main race at the Hampton Downs circuit.
In three races at Hampton Downs, SVG totally crushed the competition despite a blunder with the extinguisher.

Shane van Gisbergen wins New Zealand GP in extraordinary way
The SVG unintentionally caused a lot of spectacle. Shortly before the game, he accidentally triggered the fire extinguisher. SVG: “A few people were already starting the car and I accidentally hit the fire extinguisher button so I panicked a bit. It was my fault and I thought it was over. “But that car was great. I don’t know either. If the front wing is still in place I had to pass some guys. It was surreal but it was a great weekend.”

After a wet qualifying session, Toyota Racing Series rookie Kaleb Ngatoa and former Supercar driver Daniel Gaunt were cleared for take off from the front row. After the first round, the order was Gaunt, Ngatoa, Van der Drift, Heimgartner and Murphy. On lap six, Van der Drift ran into Gaunt who was able to continue his race, but the Tasman Motorsports rider had to jump into a new front wing. SVG had previously held four positions. Shortly after, the Safetycar was to enter action for the first time. SVG protege Peter Vodanovich had stopped in “The Dipper”, requiring an interruption. 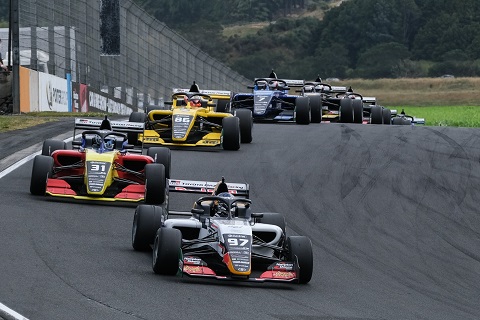 In the 10th round, the match resumed and SVG started to attack. The first V8 Supercar veteran, Greg Murphy, had to follow, then the Gebr. Leitch (every year of the party in the TRS) is under pressure. Damon Leitch didn’t give up like that, but by the fourteenth round SVG was already in P4. Three laps later SVG was already in P2 and took the lead in the final 10 laps before the end, with Heimgartner after more than two seconds. Ultimately SVG achieved a spectacular and convincing victory in the New Zealand GP which has been won by so many big names in motorsport in the past. There was then a thunderous applause for Kenny Smith who completed his 50th participation.

The 20-lap race that preceded the NZ GP Feature race was also credited to SVG. However, it ended under the safety car after Heimgartner and Brendon Leitch did each other. SVG and Chris van der Drift crossed the finish line first and second. 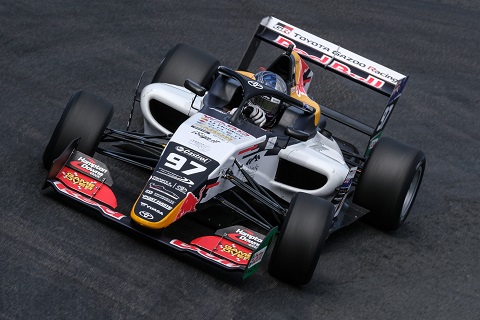 SVG is a versatile rider who manages to win all four wheels.