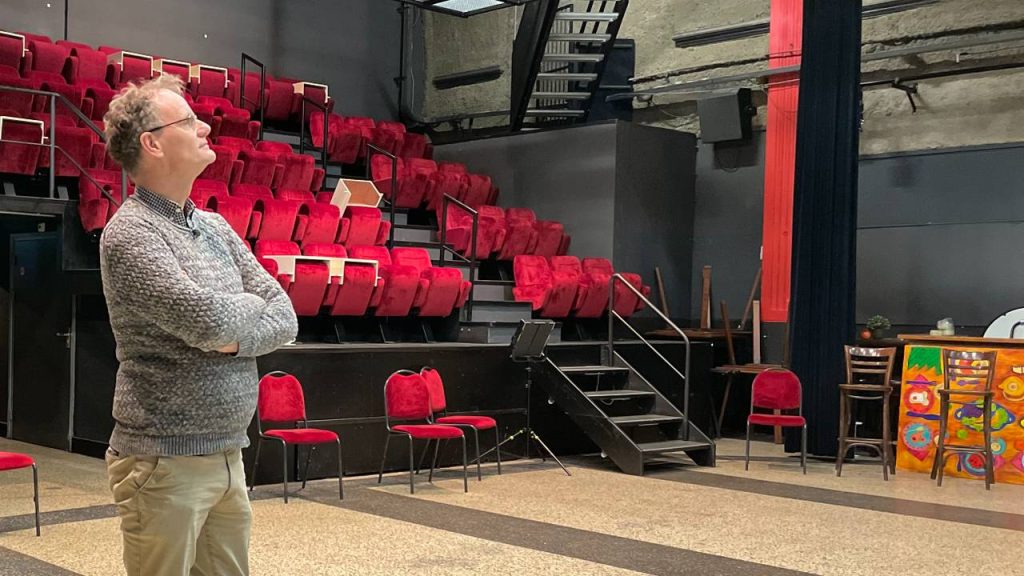 The entire cultural sector is closed for the third time. You could say, a crazy time to be a director of a cultural scene. However, Mario Lamers took the plunge. He has been at the head of the Groene Engel in Oss since January 1st.

It is a strange sensation for Lamers when he enters the theater hall. The red chairs are on the side and the tap is empty. The heating hasn’t been turned on for weeks. Since December 19, all non-essential businesses have been closed and cultural venues have also had to close. “We can’t escape the measurements, I would have imagined something different on day one,” Lamers said as he walked around the room.

Yet Lamers, who previously worked in youth protection, is not depressed. “This confinement also gives me the time and space to learn more about the theater. I myself come from Sint-Oedenrode and I would like to extend my network to Oss. I now have all the time and space for that.” In the meantime, emails are already pouring in to the brand new director. “People love me already!”

The move from youth protection to theater seems far-fetched, but for Lamers it feels very natural. “I’ve always had a passion for the theater and I’m very involved in music. Being the director here has been a long-held dream come true.”

Yet Lamers does not deviate completely from his previous career. “I think it is extremely important that young people come into contact with culture. Culture is the basis and I want a lot of attention for young people in programming.”

For the future, this is the goal of the new director. It does not therefore want to say much about the substantial reorganization that has just been completed in the cultivation stage. The problems were mainly caused by long-term ill employees, which meant that the financial side of things was at stake for the Groene Engel.

The judge had to intervene to put an end to the dispute between the employees and the cultural scene. The municipality has made a financial contribution, so that the year 2022 is not only figuratively but also literally a new start for the Groene Engel with Lamers as captain on the ship.