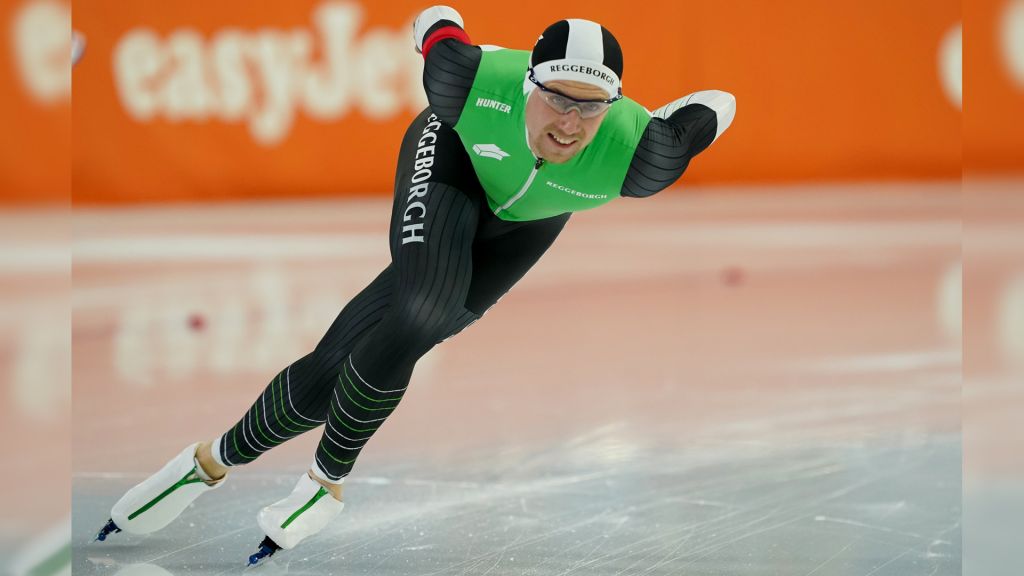 SOEST / UTRECHT PROVINCE – Speed ​​skater Wesly Dijs finished fourth in the 1,500 meters in the World Cup qualifying tournament. As a result, De Soester is not short of World Cup qualifiers but can prepare for World Cup competitions.

Patrick Roest and Thomas Krol secured their participation in the World Cup earlier in the afternoon, scheduled for February in Salt-Lake City, United States. In the last stage, it was Dijs’ turn, who had to compete in a direct fight against teammate Kjeld Nuis. With a time of 1.44.68, Nuis was a little faster than Dijs, the Soester was a few hundredths slower and therefore had to settle for fourth place.

“We both want to skate fast and push each other to the next level,” Dijs replied in a conversation with RTV Utrecht after the appalling fight with Nuis. “Of course I wish him a good race, but I also tried to compete with Kjeld.” It certainly worked well in the last phase, when the two skaters had to cross paths for the last time. “Then I pulled out all the stops and luckily it went really well. We both benefited from it.

The third and final Men’s World Cup ticket therefore went to Nuis. Dijs has to miss the World Cup, but as he finished in the top five he can prepare for the World Cup matches. In advance, Dijs told RTV Utrecht that he would not be unhappy with this and that the Soester’s 1,500-meter mission was therefore successful.

Then he was glad it worked. “But when you’re that close, it stays sour of course,” said Dijs, who was very tense before. “The dump was huge today.” A few weeks ago, Dijsook already did well at NK, but then he lacked formidable competitors. On Sunday he showed he can really compete with the big guys. “At the start of the season, I set myself the goal of finishing in the top 5 and I’m getting closer and closer to it.”

Merijn Scheperkamp, ​​20, member of the Zeist skating club, finished 16th in the 1,500 meters. Although it wasn’t close to qualifying for the World Cup, it was striking that the youngster left Sven Kramer ahead of him. The versatile routine ended disappointingly 17th. Scheperkamp skated a PR in the 500 meters on Saturday.

Poutsma is tested on the long track

Skater Selma Poutsma underwent a 500-meter test. The Utrecht – originally a short track tracker – did not finish in the top 5, but were satisfied nonetheless. “Me and a number of teammates also enjoy experimenting on the long track,” said Poutsma, who achieved a significant improvement in his PR: from 38.66 to 38.17 seconds.

“I remain focused on the short track, but I would like to see how far I can go in the 500 meters, if I keep improving,” Poutsma said in a conversation with RTV Utrecht. Tickets for the 500-meter World Cup went to Femke Kok, Jutta Leerdam and Suzanne Schulting. Schulting, like Poutsma, has its origins in short track speed skating.
Do you have a tip or a comment? Send us your news or photo via WhatsApp or send a mail to [email protected]