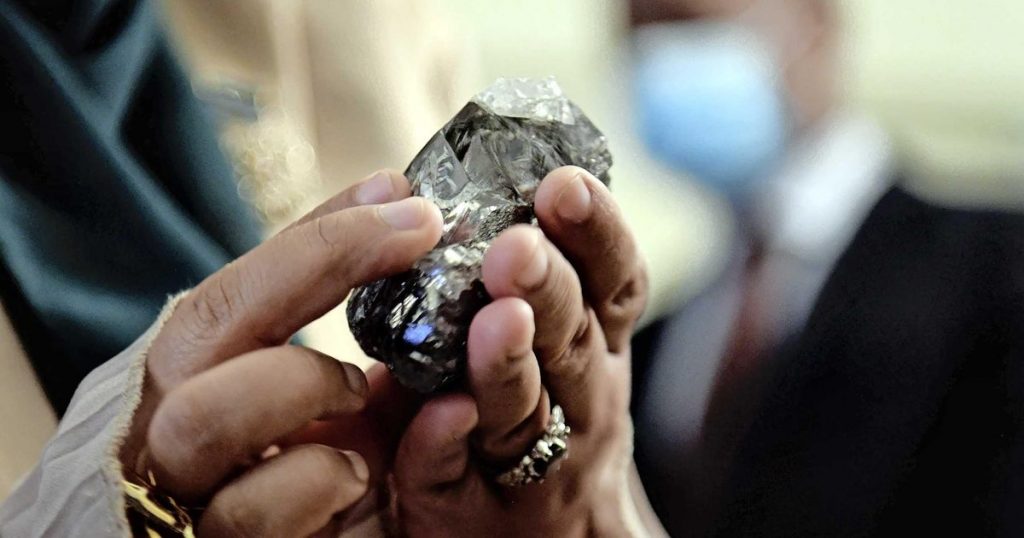 The last gemstone, owned by operator and diamond company Lucara, was found in the Karowe mine in Botswana, some distance from the first discovery of a clear stone by supplier Debswana. It is the world’s largest producer of diamonds, it owns four diamond mines.

According to local media, much smaller diamonds were also found. It is the third stone of more than 1000 carats in the region, where the miners again increased their activities after the huge finds.

President Mokgweetsi Masisi and his wife with the 1098.30 carat diamond.

According to Naseem Lahri, director of Lucara Botswana, the discovery belongs to “history”, “for us and Botswana”. The stone was handed over to the President of Botswana. Many diamonds disappear in India for processing.

These two diamonds are nevertheless still in the shadow of the biggest of all, the Cullinan, the 3106 carat gemstone. Dutch diamond merchant Joseph Assher processed stone, mined in South Africa in 1905, from the Premier mine at Cullinan in Gauteng.

In 1907 he split this stone in one fell swoop in the Amsterdam Pijp with his own developed instruments. All the parts were usable.

The nine large and 96 small diamonds were then incorporated into the British Crown Jewels. Some were mailed from Amsterdam to London.

Every morning the most important financial news.