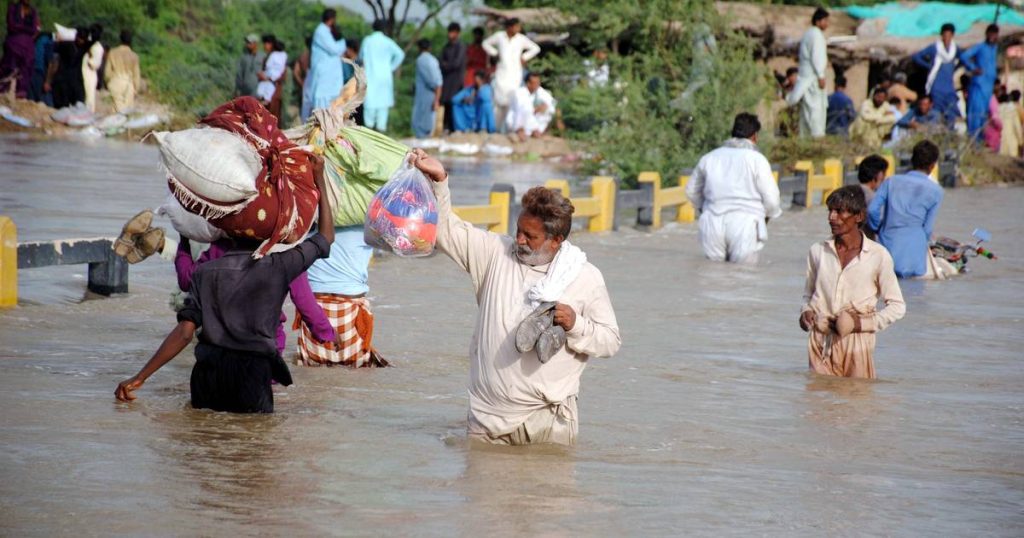 The floods in Pakistan spontaneously created makeshift camps to help millions of refugees. But for the victims, the relief of being out of danger quickly turns to despair when they realize they have lost everything.

It took just four hours to completely flood the small village of Altaf Hussain, near the historic town of Ranipur in the southeastern province of Sindh. Like thousands of displaced people, Hussain is currently staying in a converted reception camp in the capital Karachi. The misery he experienced is etched in his memory.

“It was midnight when the water reached our village. I was already awake and expecting something to happen because it had been raining continuously for the past 30 hours,” Hussain, a father of four, told Anadolu Agency news agency. And something happened. Relentless monsoon rains caused the nearby Thari Mirwah canal to overflow. The entire town of Ranipur, located about 420 kilometers from Karachi, was flooded. Panicked residents had to rush out from home and get to safety.

“It took me a few seconds to realize what was happening because of the loud screams from nearby houses. I quickly woke up my children and sent them to the roof,” Hussain recalls. There was a horrible scene. “Flashlights and bright light from our cell phones made it difficult for us to look around at first, but soon we saw a huge tidal wave approaching our village.”

At first Hussain thought he and his family could survive on the roof, but within hours he had to flee as the streets and houses were flooded with water. A timely operation by the armed forces rescued the stranded villagers, including 20 of Hussain’s family members.

All 500 houses in the village were badly damaged or washed away. “There is nothing left. All the houses and crops have been destroyed,” Hussain says. His family spent two nights homeless along the main road where an army boat dropped them off. taken to a relief camp.

Hussain and his family are among the refugees who are taken to one of the makeshift reception camps. Along highways, in schools, in military bases; displaced Pakistanis are being cared for in various locations. In Nowshera, in the northwestern province of Khyber-Pakhtunkhwa, a technical school has been turned into a shelter for around 2,500 people. Pakistani refugees have limited access to food aid and water for washing.

The classrooms are occupied by families who arrived first and who took their chance to find some privacy there. Other Pakistani refugees sit side by side in the hallways, piled high with whatever belongings they might take with them.

The tent camp is run by several local aid organizations, political parties and administrative officials who are overwhelmed by the scale of the disaster. Volunteers distribute tents, mattresses, water, lentils or bread. “It’s a panic situation,” said Mushfiq ur Rehman, an area official who helps the local government oversee food distribution in the camp. “There is a lot of food, but people are panicking because they don’t know if they will have another meal,” he explains.

Older women line up at the food distribution to make sure they get their share of food. The heat becomes unbearable when the few running fans stop spinning due to a power outage. There is no shower and very few toilets are available. “Our self-esteem is at stake… I stink, but there is no place to shower,” said Fazal e Malik, who shares a tent with seven family members. “Our women also have problems and feel humiliated,” he says.

When food aid arrives at school, desperate families storm the trucks and are sometimes beaten back with sticks by the police. “People are sending humanitarian aid, but the distribution is not well organized at all,” complains Yasmin. “There are regular riots and people have to fight for food. In the end, some get more and some get nothing,” she said.