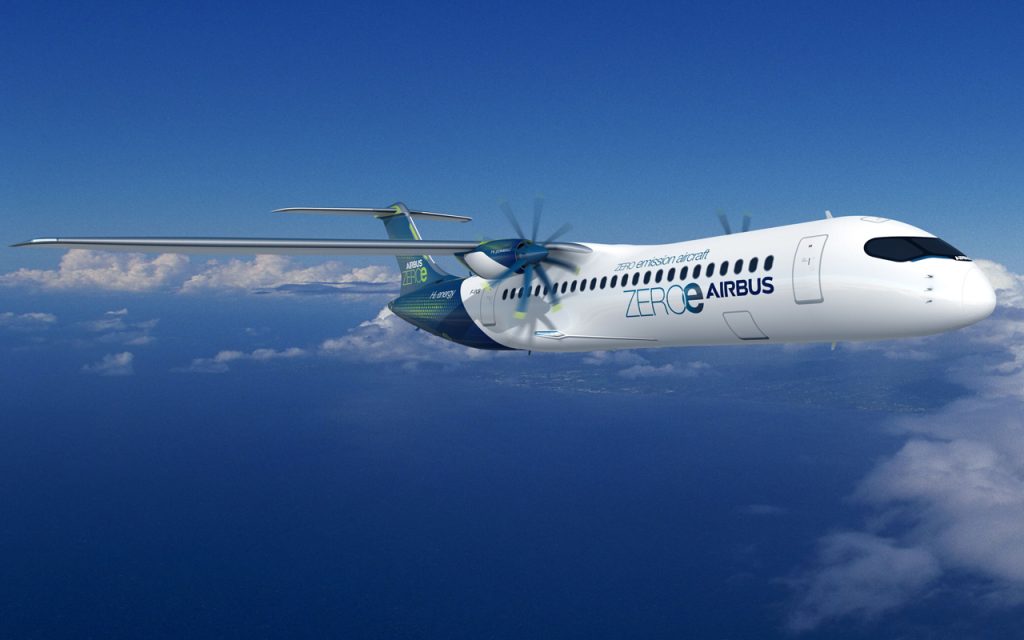 Denmark aims to reduce total emissions by 70 percent by 2030, compared to 1990 levels. “Travel is life and that is why we fly,” Frederiksen said during the announcement of his plan. “If other countries in the world are too slow. Then Denmark should lead the way and set the bar even higher,” she said.

Airbus
Aircraft manufacturer Airbus recently announced its intention to develop hydrogen-powered aircraft that could be operational by 2035. “We want to be the pioneers of the most important transition ever made in aviation,” said CEO Guillaume Faury about this ambitious project. The European aircraft manufacturer presented three different types as part of the ZEROe concept.

If the hydrogen used as fuel is produced with renewable energies, this could be a way for Denmark to achieve its targets. However, the question is whether the technology will be ready by then, and the costs low enough, to meet the 2030 target.

Neighboring Sweden has also announced plans to make its domestic flights fossil fuel-free by 2030. It also hopes to green international flights by 2045.

France wants to ban domestic flights if the same train journey can be made in less than two and a half hours.

There are also ambitious plans in New Zealand. Air New Zealand and Airbus want to jointly study whether it will eventually be possible to fly on hydrogen in New Zealand. The airline does not want to produce any more emissions by 2050, and must therefore seek innovative solutions.

KLM
KLM CEO Pieter Elbers is also considering electric flight, he reports in the December edition of Aviation news magazine. According to him, the purchase of electric trainers by the KLM Flight Academy is a first step. However, according to Elbers, the deployment of relatively small and slow electric planes at airports such as Schiphol is complicated when looking at runway use and air traffic control. “Along with the tangential track system, the Schiphol system is one of the most complex in the world,” he said in the interview.