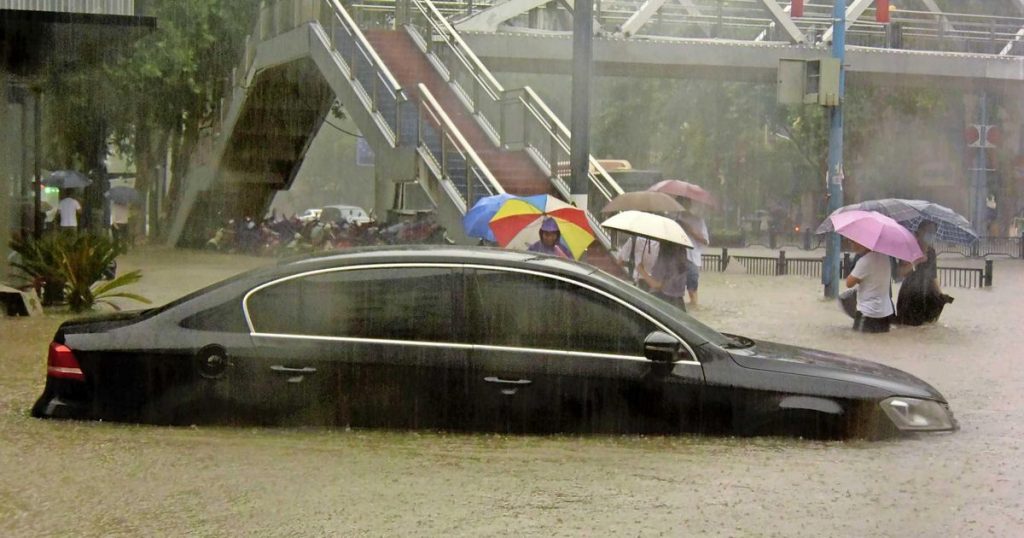 The metro, among others, overflowed, trapping hundreds of people underground. There are videos on social media of people standing in the water of flooded subway trains up to their waists or shoulders. Hundreds of critically ill patients in a university hospital had to be brought to safety.

A dam erupted near Zhengzhou overnight from Tuesday to Wednesday (local time). The Chinese military warned in the hours leading up to the breach that the dam could collapse at any time. Soldiers were deployed to help fight the flooding.

According to authorities, such precipitation only occurs once every 100 years. They spoke of a grim situation in the capital of Henan Province. Many streets in Zhengzhou were flooded. In many places, water and electricity supplies have been cut off. Traffic was practically paralyzed. Zhengzhou Airport has had to cancel hundreds of flights.

The rain in Henan was caused by Typhoon In-Fa, which also ravaged two other provinces. Henan province has been plagued by heavy rainfall since last week. The water levels of the tributaries of the Yellow River and Hai He have exceeded alarm levels. Tens of thousands of people have been taken to safety in recent days. The damage to agriculture is counted in the millions. Other parts of China are also struggling with inclement weather.