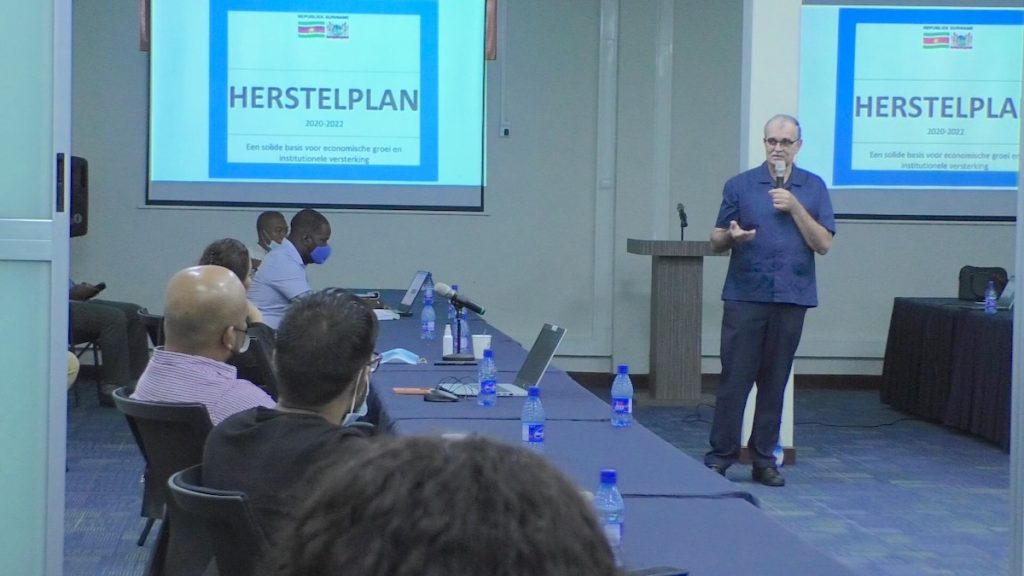 In September, the Special Tripartite Consultation was established with representatives of employee organizations, employers’ organizations and the government.

The government then appointed Prof. Dr. Marten Schalkwijk – then secretary of the Tripartite Consultation in 1994 – was invited to chair the new consultation. Willem de Miranda was appointed secretary, who in 1986 was involved in an earlier attempt to reach a social agreement.

President Santokhi announced last week that Professor Schalkwijk is handing over the chairmanship of the tripartite consultation to Guillaume de Miranda. The head of government indicated that Schalkwijk’s forces and expertise would be deployed elsewhere for the good of the country and the people.

Professor Schalkwijk has full confidence in De Miranda. “He has broad support and is able to lead the consultation and deliver a good result for the first assessment moment in March 2022,” said Schalkwijk.

De Miranda, who until recently was responsible for the secretariat of the body, was involved from the start in the conclusion of a social agreement. He is convinced that he can provide good leadership to the consultative body for the revival of the Surinamese economy.

During a deliberation of the Special Tripartite Consultation in the Office of the President on December 23, 2021, the Head of State stressed the importance of a thorough start and implementation of the IMF program. In addition to the cluster team of ministers appointed to coordinate the Tripartite Agreement, it is supported by the advisory bodies, namely; representatives from business, the private sector and the labor movement.

One of the critical aspects of support is the implementation of IMF conditions so that the country’s leadership can guide them for the periodic review. The president urged the cluster team to pay particular attention to the policy areas, namely the stimulus package, the strict IMF program and the national risk assessment.

“We must have met the targets by the first time of assessment in March of next year. We cannot afford not to have the policy areas in order, as this will have disastrous consequences for the agreement with the IMF. One of the consequences of not completing the first moment of evaluation is that we could be disqualified and the agreement will come to an end, “warned the head of government. The program will be implemented effectively.