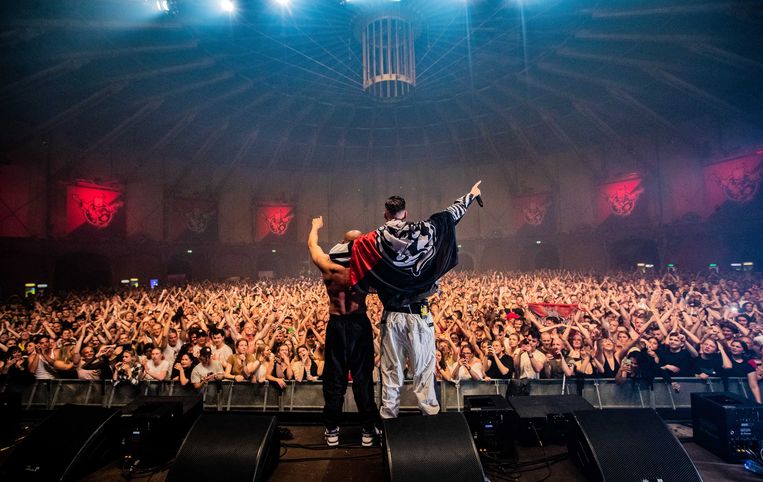 De Gashouder in Amsterdam has a solid reputation in nightlife. Home to the Awakenings techno empire for 25 years, the Round Hall has drums and bass pounding against the circular cell approximately every two months until dawn. The former Westergasterrein warehouse is also ideal for harder styles of music: austere techno becomes even more beautiful when square rhythms are given extra reverb and echo, in a round, concrete sounding box that is almost an amplifier itself. -same.

Nevertheless, the room also makes excursions as a more refined cultural scene. The Holland Festival is scheduled there every year. Last edition, for example, the silent musical theater piece weather performed by Ryuichi Sakamoto. And even the Radio Philharmonic Orchestra played the Gashouder at a screening of the film 2001: A Space Odyssey in 2012.

It’s actually strange that the Gashouder doesn’t serve as a pop scene more often. Because Amsterdam badly needs a room with a capacity of about three thousand: exactly the number of visitors who can gather in the Gashouder. The main downtown pop venues, Paradiso and Melkweg, can hold up to 1,500 guests. The step towards larger halls is immediately a giant leap: Afas Live welcomes 5,000 visitors, the Ziggo Dome 17,000. In cities like Utrecht and Tilburg, these intermediate halls with a capacity of two thousand to three thousand people are available , so that Amsterdam regularly sees the passage of greater artists, for whom 1,500 is too little and five thousand is too much.

Then you would think: open those Gashouder doors more often. And it’s happening now, at least this month. In the coming weeks, Mojo will program many concerts, from the London trio Above & Beyond to De Staat via the Belgian rock group Balthazar. And last weekend, the Gashouder transformed into a hip-hop temple, with three sold-out concerts by hip-hop duo The Opposites.

At the first of these gigs, it seems like the Raw Factory Hall is doing well as a stage for this band. Firstly, because Willem de Bruin and Twan van Steenhoven like to celebrate a solid party. Especially with their current comeback, which should breathe new life into the duo. The Opposites, who broke up in 2014, played legendary festival shows and in 2013, for example, burned down the biggest Alpha tent in Lowlands, with some very exciting party starters and a show that swept the audience away by the hair.

This trick can be repeated in the Gashouder, also because the arena in front of the stage lends itself well to maximum audience participation. Because of the space, visitors are lined up in a circle, and it already looks like some kind of snake pit even before the show starts. When the group then starts with the well-known hospital games – “All: left, right” – hardly anyone can avoid this. When The Opposites roll out their big hits, the whole Gashouder roars passionately. “Love sucker, king of the nightclub.

Sound helps too. Acoustically, De Gashouder is a difficult room, and a show by the group Editors in 2013, for example, drowned in hollow echo. But now it actually helps The Opposites beats and bass. The band has become so beloved and big due to their special sound combination of raps with hard-hitting trance and gabber. And it hits hard against the concrete walls of the dome. the shot Dom, Lomp and Famous get the look of a closing act at a dance festival, just like closing Thunder, a tribute to gabber Thunderdome party. The room explodes to the sound of screaming lasers, hard-hitting techno and disarming and super funny lyrics: “All night, we’re go thunder† Break it down, we’ll thunder. That’s why I exist.

The question is whether the Gashouder with a good acoustic plan can also handle the less brutal gigs of the next few weeks. But the bubbling shows of The Opposites have in any case shown that the hall could be a festive complement to the offer of Amsterdam.