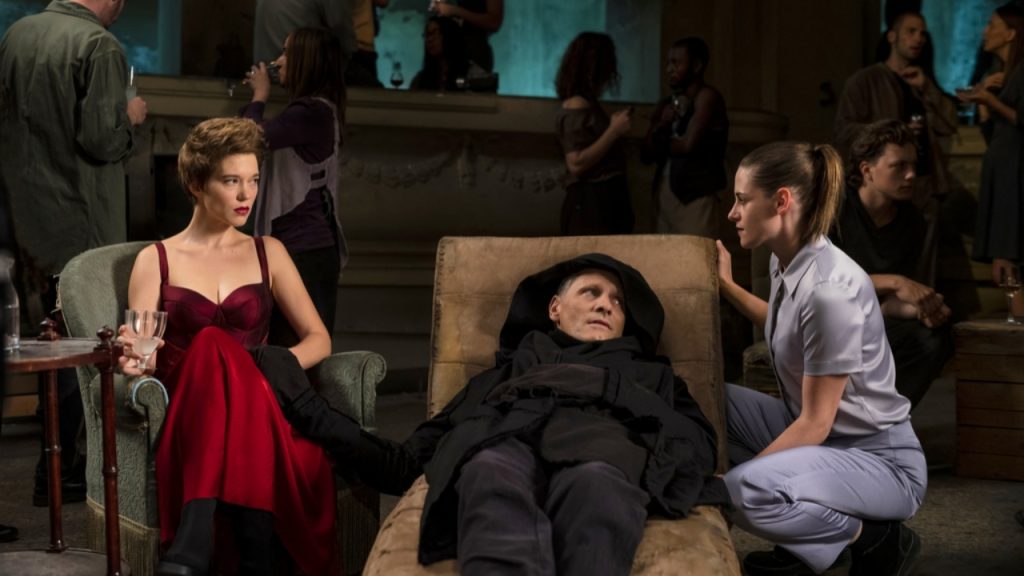 The latest film directed by director David Cronenberg Maps to the stars, is already eight years old. So it’s high time to make a new one! Below is a chilling first teaser of Future Crimesand it looks like Cronenberg is making a comeback even to his beloved “body horror” genre.

In the near future, humanity will learn to adapt to its synthetic environment. This evolution causes people to leave their natural state and metamorphose, subjecting their bodies to new transformations and mutations.Organ Metamorphosis
With his companion Caprice (Léa Seydoux), the famous artist Saul Tenser (Viggo Mortensen) shows the metamorphosis of his organs through avant-garde performances.

Timlin (Kristen Stewart), an obsessive National Organ Registry researcher, never loses sight of the duo. Then a mysterious new faction arrives, with one mission: to use Saul’s fame to shed light on the next stage of human evolution.

Remake of your own work?
It is striking that Cronenberg’s first film from 1970 is also called Future Crimes. Perhaps it will be a new update of the ideas of this film. From the teaser, it’s safe to say the director is once again enjoying body horror, a subgenre we’ve seen before in movies like Fly† crash and videodrome†

Future Crimes, which also stars Scott Speedman and Tanaya Beatty, will open in June in the United States. Nothing is known of a Dutch release at this time.