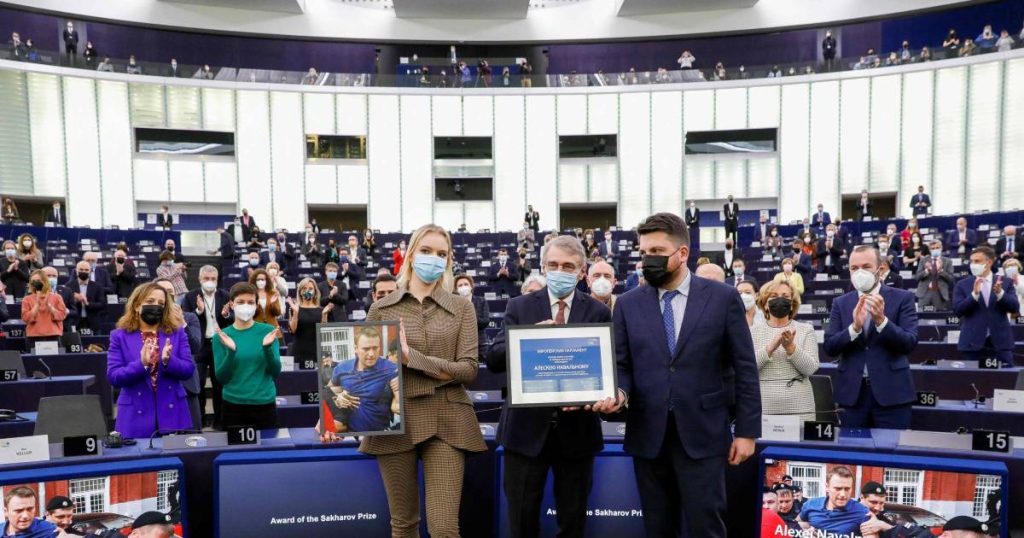 Navalny, 45, has been serving a prison sentence since returning from Germany earlier this year. There he had undergone treatment after being poisoned in his home country. In Russia, Navalny fought the corruption of the Putin regime and denounced numerous abuses. With this, he made millions of Russians stand up.

“Say no one can identify Russia with Putin’s regime,” said 20-year-old student and blogger Daria. According to her, people who see a solution to spawning dictators are on the wrong track. In addition, the EU must remain true to its ideals, “true to the great ideas that underlie it. We are committed to a Europe of ideas, to celebrate human rights, democracy and integrity, ”Navalny’s daughter said in her acceptance speech.

“He was threatened, tortured, poisoned, arrested, detained, but they could not silence him,” said parliament speaker David Sassoli. Leonid Volkov, one of Navalny’s political advisers and campaign manager in the 2018 elections. Named after Soviet dissident and Nobel Laureate Andrei Sakharov, the Human Rights Prize has been awarded since 1988. The winner will receive 50,000 euros.