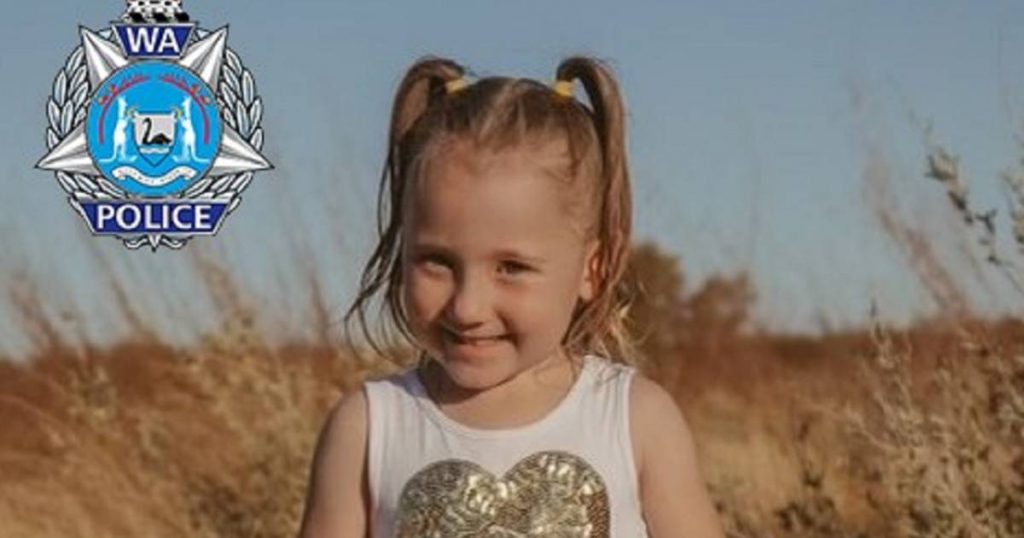 Australian police are looking for Cleo Smith, 4. The young girl disappeared from the family tent on a camping trip in the middle of the night while her parents slept.

The Family Weekend was held in the Australian wilderness last weekend. Cleo and her parents stayed with their tent in a small open camping area in Macleod, a place where they camped often, about 900 kilometers north of Perth and about 70 kilometers from Carnarvon where the family live.

The little girl was last seen in their shared tent by Mother Ellie at around 1:30 a.m. on Saturday night. She slept in her pink pajamas with butterflies and flowers, snug in her green-red sleeping bag. When her mother and father then woke up around 6.30am, their daughter (along with her sleeping bag) was missing.

After the disappearance of Cléo, a large search was launched by the police. Since Sunday morning, officers have been combing the surroundings of the campsite alongside soldiers and volunteers from the neighborhood. Helicopters, drones and divers have also been deployed. The site is bordered on one side by wild nature and on the other by the beach and the sea.

All campers who spent the weekend at the same location as the Smith family were interviewed. And the surrounding sheds, cabins and parked caravans were searched. The police are calling on people who have been in the vicinity of the site to come forward. Dashcam footage of people who drove their cars through the region last weekend are also welcome.

The police are very concerned about the condition of the young girl and do not rule out any scenario for the moment. So also not that the girl was taken from the tent at night by someone else or that she ran away herself and then went to the beach and the sea. “We are continuing our research and put our best people on this missing person, ”said Chief Jon Munday. “We’re going to turn every stone here. Every hour that a 4 year old is alone in this area is very, very disturbing.