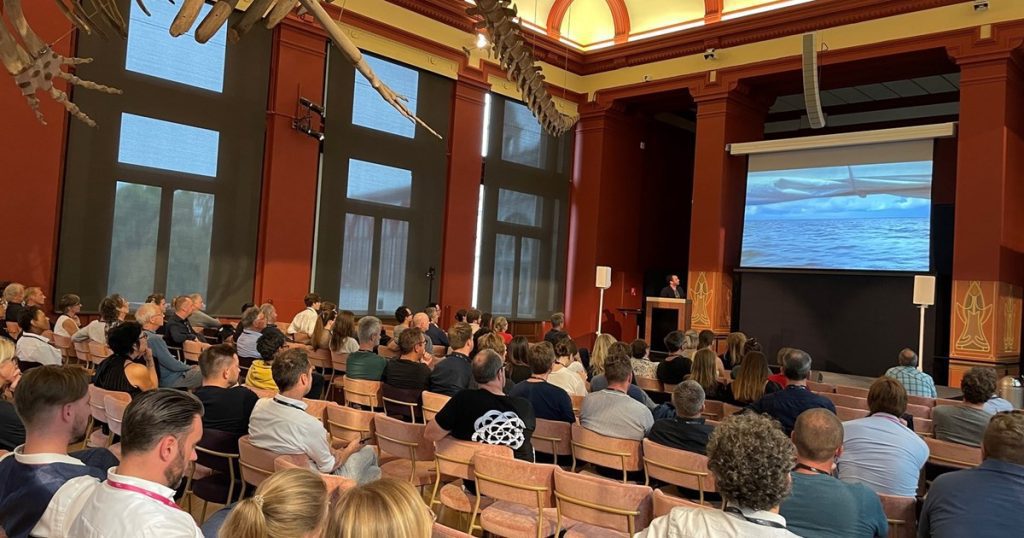 “Robbrecht en Daem architecten is an office where art and architecture express themselves in the same breath. He has a large international portfolio with an impressive number of architectural and infrastructure and landscape and interior projects of all scales. In their own words, consistent quality is always the result of a precise architectural vision that the office had from the start and which to this day forms the basis of a careful project approach. This ambitious vision in terms of the use of colors, materiality and dimensions gives the achievements of the architects Robbrecht en Daem a great autonomy.

The laudatory introduction to Johannes Robbrecht’s presentation was almost a lecture in itself. The architect began his presentation with a video of a recent sailing trip he took with his family. “We sailed from the Netherlands to Stockholm and back, a two month trip,” he said. “This trip has been very rewarding for me. After all, for two months we only experienced the interior of our boat, in view of an enormous width. It makes you think about your own position as a human being in relation to nature.

Office in an old wood shed

It is no coincidence that the peace he cherished so much during his trip can also be found in the office of the architects Robbrecht en Daem. “When the building that housed our first office was declared uninhabitable, we bought a hall that once served as a wood storage,” he explained, supported by the necessary images. “We created our new offices in the lobby, but we consciously chose to leave a large part of the lobby open. We have planned a swimming pond and lots of greenery and given a second artistic life to some relics of our old office, but many activities can still take place. It is a kind of oasis of peace in a dense interior area of ​​19the century-old belt around Ghent, full of workers’ houses.

This idea, he says, grew out of another project the agency was working on at the time. “At the time, we were also developing the town hall of Ghent. There too we decided to leave a whole part under the roof open. This space can be used for all kinds of activities, but it also has its qualities when it is empty. We are therefore convinced that within the urban fabric we must dare to leave unplanned space.

Like the open space next door, the offices of architects Robbrecht and Daem have a very minimalist design. “The steel structure was already there and we actually just decorated it with some interior walls and walls. The office has two levels. On the ground floor you will find meeting rooms, model rooms and a kitchen , and offices on the first floor.

According to Robbrecht, the hall where Robbrecht en Daem architecten’s office is now located was also built according to the unique measurement system that the office developed itself and thus helps them to design new plans and estimate the scale of the new projects and the spaces they contain. . “We have developed this measurement system over the years. It’s endless, but every measurement is always a multiplication of 3, 5 or 7. We consider the number 11 to be a friendly number and 105 is the central number of our measurement system, our own counter, as a kind of reaction per meter, which is ubiquitous. This measurement system always determines the shape of our facades and the proportions with and joinery found there.

Robbrecht then explained various reference projects. If you would like to re-watch his lecture, you can do so via this link, through which Inspirium can be viewed in its entirety. Inspirium was able to count on an audience of 150 people in the room, 700 people followed the event in livestream.