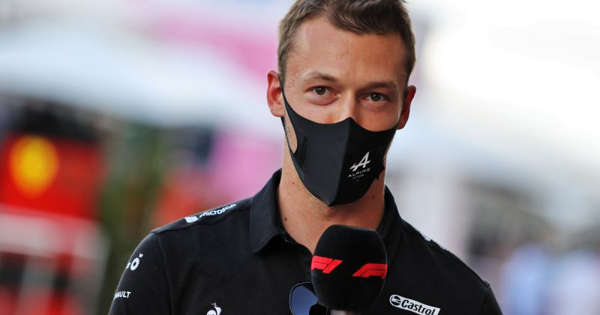 
One of the drivers we didn’t see in Formula 1 in 2021 was Daniil Kvyat. The Russian is currently still a reserve driver for Alpine, but could well move on to NASCAR.

Since Kvyat transferred to Toro Rosso in 2016, his Formula 1 career seems to have collapsed. There were still some bright spots, like the podium at the 2019 German Grand Prix, but there doesn’t seem to be a return to the premier class of motorsport for the Russian – despite being a test driver and reserve for Alpine. With Esteban Ocon and Fernando Alonso, this team seems to be on board for the foreseeable future.

So it won’t be all that strange for Kvyat to consider other possibilities in the meantime and according to Haas team boss Guenther Steiner, he does. In particular a place in a series of races in the United States.

“Daniil Kvyat will come to the race in Martinsville. Everyone who goes to NASCAR asks me “Hey Guenther, can you arrange an interview for me?” Daniil will come to see if there are any interesting options for him because he is not racing in Formula 1 at the moment., tells the Italian in the Stewart-Haas Racing Podcast.

Moreover, according to the squad boss’s outspokenness, Kvyat is not the only former F1 driver wanting to try his luck in another series of races, as Romain Grosjean and Kevin Magnussen have already done.

“A lot of pilots want to try it. Some are also switching to the IndyCar. It is a big step for them because these series of races are very different. It’s like going from NASCAR to Formula 1. It’s not just the driving itself, but the whole system. “, explains Steiner.