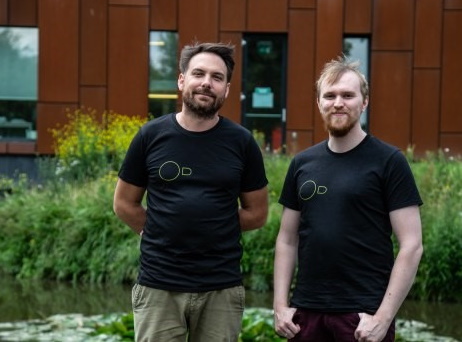 Database company DuckDB Labs, a spin-off of Centrum Wiskunde & Informatica (CWI), founded startup Motherduck in America with some database veterans. This young American company received $47.5 million this week from technology investor Andreessen Horowitz, among others. With this, the company is building a cloud service on top of the open source DuckDB database system.

DuckDB was started in 2019 by Hannes Mühleisen and Mark Raasveldt, two researchers from CWI’s Database Architectures research group. They offered a database that you can easily install and integrate into running processes. This makes new applications possible, such as mobile apps and self-driving cars. The system works anywhere, quickly and even in a web browser, making it popular among data scientists and technology companies. It is downloaded more than eight hundred thousand times a month.

In 2021, the database system hosted by CWI spin-off DuckDB Labs, led by Mühleisen and Raasveldt. This company is still located at CWI at the science park in Amsterdam.

“We build a data analytics platform that grows with you, without the complexity of distributed systems”

DuckDB has caught the eye in the United States. There, Jordan Tigani found a way to use this database system as a cloud service. Much like he did before when he founded BigQuery, Google’s cloud-based data analytics platform. Tigani co-founded Motherduck with other tech veterans and with the collaboration of DuckDB Labs and thus secured the $47.5 million investment this week.

The idea behind Motherduck is that it is a good alternative to leading cloud solution providers for data analytics. According to the startup, these mainly focus on processing very large amounts of data, which is irrelevant for an average user. The young company promises easy and fast data processing, a personalized user experience, without high costs.

Data processing at DuckDB is column-based and vectorized, which means, according to Motherduck, that even on a simple laptop, you can run a database table with a billion rows in a second.

“We’re building a data analytics platform that scales with you, without the complexity of distributed systems. You can easily scale up and down as your needs change. Tigani’s team includes people from data companies such as Google, Snowflake, Databricks, AWS, Meta, and Elastic. Motherduck is based in Seattle.