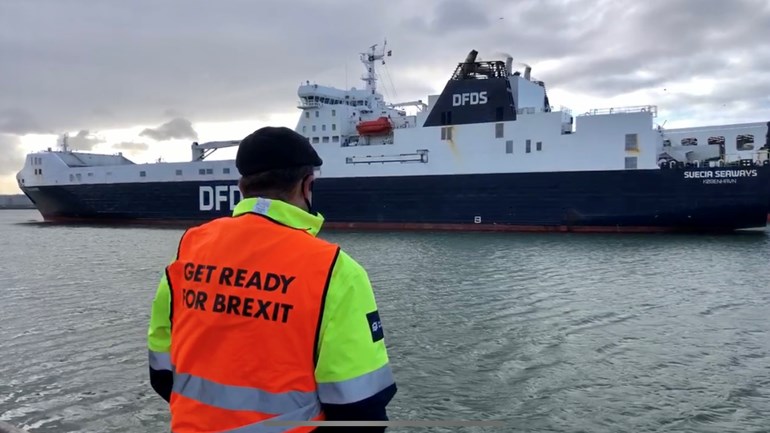 The UK’s departure from the European Union introduced new rules for import and export declarations, inspections, documents and certificates. On the Dutch side, these agreements were closely organized and implemented from the start. As a result, the specially constructed parking areas at the Rotterdam and Vlaardingen ferry terminals remained empty. Only one truck was sent back to get the papers in order.

It was different on the British side. Although the UK opted for a phased approach, controls were less stringent at first. But due to a shortage of customs officials and a lack of automation, Dover parking lots were full and goods arrived later.

Don’t get on the boat

The less stringent controls are now coming to an end, with all the ensuing consequences. “I expect congestion on both sides,” says Miguel Navarro, customs, control and delivery manager at Customs Support Rotterdam-Albrandswaard. “Last year the companies were able to drive straight when they entered the UK because the importer was allowed to postpone the declaration. They were finally given six months to complete the paperwork. This will no longer apply from January 1. Then you need to go through customs immediately. the border. If you don’t have your papers in order, you won’t get on the boat from the European side.

Many companies had already sourced from Europe before the start of Brexit to avoid problems at the border. Trade flows are now almost back to their old levels. And from tomorrow, all agricultural products and food will also have to be cleared in advance. The question is whether the British are ready for this now.

Navarro struggles with this, as there is a lot at stake for his colleagues and not everyone is sufficiently prepared. “And that is why many importers are the losers.”

His company has things in order, explains the Customs Support officer. The company has grown significantly in recent years and has hired and trained additional staff in the UK and its offices in Europe. “We have more to do than ever. This year we even made the millionth declaration through our automated customs software, in part because of Brexit.”

Employees receive many questions from contractors about the new agreements and rules. “It often seems like a simple question, but the result is a complex answer. Customers think, we’ve got the paperwork, sell something, and then it’s ready. But they have to map the entire chain, apply for Trade Numbers (EORIs), and register everything at customs. My advice is: educate yourself and choose a full-fledged customs broker to help you.