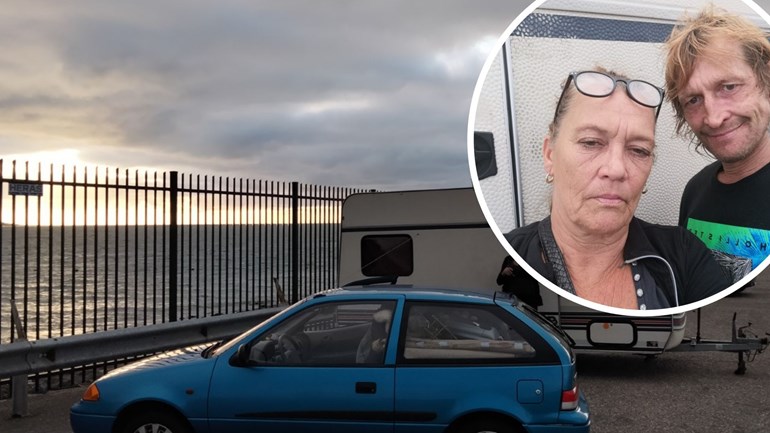 In retrospect, they also know they don’t fit well between families on vacation. “They put us on an internship with an animation team,” says Nicole on the phone from the Brouwersdam. “But we’re not a family. There are two of us. We play music, on the barbecue. And we don’t like to whisper. Yes, there have been complaints.”

“The neighbor in his eighties was embarrassed by the smoke,” says Albert. And then they got into a fight. “We are two Rotterdamers,” says Nicole. “It’s like, have fun! I was angry because I don’t want all of his stuff in the trailer. Albert is an artist. He works at the campsite. He’s busy with brushes and paints. But now it’s good again. “

They were told to leave, even though they had paid until the end of October and booked until March. The police came by because the campsite owner was afraid they wouldn’t leave. Eventually their caravan was towed away by someone from the Brouwersdam campsite. “We don’t have a tow bar on the car,” explains Nicole. “We don’t know what to do now. We have nowhere to go. We have no family.”

Driving home without a hitch is also not an option, as they don’t have a home. “We lived in the trailer. We actually had a bigger one, but it crashed into the Botlektunnel in April, with the car with a hitch. We are homeless. The caravan was our home. I don’t know what to do now. We don’t want to leave our trailer alone, but the police won’t let us stay here either. “

They are looking for someone nearby who can help them. “Even if it’s just a farmer where you can stand and relax for a while,” explains Nicole.