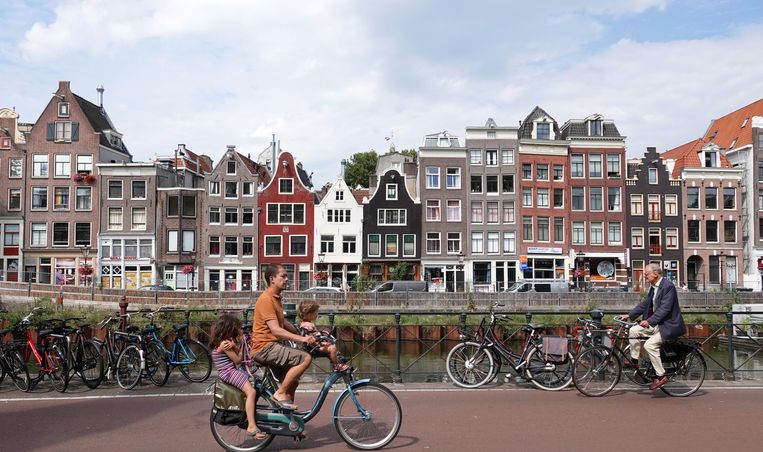 If everyone pedaled as much daily as the Dutch, it would save almost 700 million tonnes of CO2 per year.2, or 20% of the emissions of all passenger cars in the world. This is what emerges from a study carried out by a team of European researchers, led by the Danish authorities, which has just been published in the professional journal Nature Communications Earth and Environment. Denmark is also an example for the world, but the Netherlands just a bit more. The Danes cycle on average 1.6 km per day, the Dutch 2.6.

“Becoming Dutch” can make a significant contribution to the fight against climate change, say the researchers. This offsets one-fifth of the emissions of the global passenger car fleet, which corresponds to nearly 90% of total CO2emissions from a major economy like Germany.

And not only the climate would be helped, but also the cyclist. Obesity is less common among adults in countries where there is a lot of cycling. There could be many explanations for this, but cycling certainly helps reduce this risk, researchers say.

The production of bicycles has grown faster than that of cars

The World Health Organization once quantified the overall effect of cycling on health and expressed it in deaths averted: 170,000 per year, worldwide. If the world followed the Danish-Dutch lead group, the health gain would increase to 780,000 deaths averted per year. On the other hand, more cyclists will die in traffic: 160,000. But then you still have a profit of 620,000.

These are rough calculations, not the core of this research. This team of scientists mainly wanted to map the evolution of bicycle ownership and use over the last half-century. Because it was unknown. Cars are registered and you can count them, but almost no country has a registration or license plate requirement for bicycles.

The researchers therefore collected data from a variety of sources, including bicycle production and trade, to paint a reliable picture of bicycle development in some 60 countries. Over the past half-century, bicycle production has grown rapidly, faster than car production: in 1962, just under 21 million bicycles were manufactured worldwide (compared to 14 million cars) and in 2015 123 million (compared to 69 million cars).

A bike for three people

The largest producer of bicycles in the world was the United States. Until 1975, when China took over. It was the beginning of a great era for bicycles in China, which lasted until the mid-1990s, when the car also became a form of mass transportation in China. But there is still a lot of cycling in China.

The researchers estimate the number of bicycle owners per capita at 0.29. That’s very little by our standards, one bike for three people. The Netherlands has more than one bicycle per capita, and Denmark and Norway go even further.

This does not say anything about the number of kilometers covered by bicycle. With the car, the property reasonably corresponds to the use. This is not the case with bicycles, say the researchers. There are countries where almost everyone has a bicycle and yet few kilometers are covered, such as the United States. For Americans, the bicycle is not a means of transport but a sport and a hobby. If you look at passenger transport, less than 5% of this transport in the world is done by bicycle. In real cycling countries, like the Netherlands, it’s more than 20%.

Going to Dutch cannot be done everywhere, the researchers point out. In countries with an arid climate, it is absolutely inadvisable to cycle for miles every day. Countries do not always have suitable infrastructures or are too inhospitable. In sparsely populated countries, distances are long and cycling is not practical. But still: the construction of cycle paths, the promotion and teaching of the use of the bicycle and the taxation of the use of the car can be good, according to the researchers, for health and the climate.

Cycling is healthy, good for the climate and reduces congestion on the road and in public transport. The cabinet therefore allocates tens of millions for a national bicycle plan.