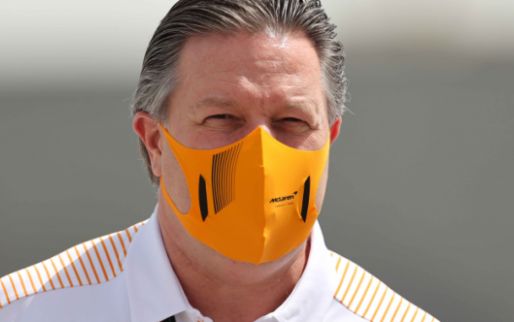 McLaren CEO Zak Brown says the Netflix Drive to Survive series is boosting the popularity of Formula 1 in the United States. In the meantime, Drive to Survive has already released three seasons and an upcoming season is already in the works.

Brown recognizes because of the Netflix series

Brown himself rose to popularity when he met a TV host at a New York restaurant. “He came to see me in a restaurant. Nice guy who loves McLaren. And the first thing he said to me was, “I saw you on Netflix!” So I think it makes a big difference, at least in the United States. “Brown said in conversation with Motorsport-Total.com.

According to Brown, it’s pretty easy to explain why the Netflix series became a success. This is because Formula 1 has long been a very closed sport. “You couldn’t see inside”, says Brown.


Alfa Romeo is stressful due to uncertainty over Canadian Grand Prix


Bottas happy with Wolff: ‘Since joining Mercedes we’ve had a different relationship’

This is a big difference from American racing classes such as IndyCar or NASCAR. Brown says fans can watch a lot more with this already. “People had wanted to see what was going on in the Formula 1 paddock for years, but it wasn’t allowed. Now we have opened our doors and people are amazed ”, Brown concludes.

Formula 1 has undergone a major change since Bernie Ecclestone is no longer in charge. The new Liberty Media owners are offering more online activities. For example, the F1 YouTube channel is currently the fastest growing channel in major sports championships.