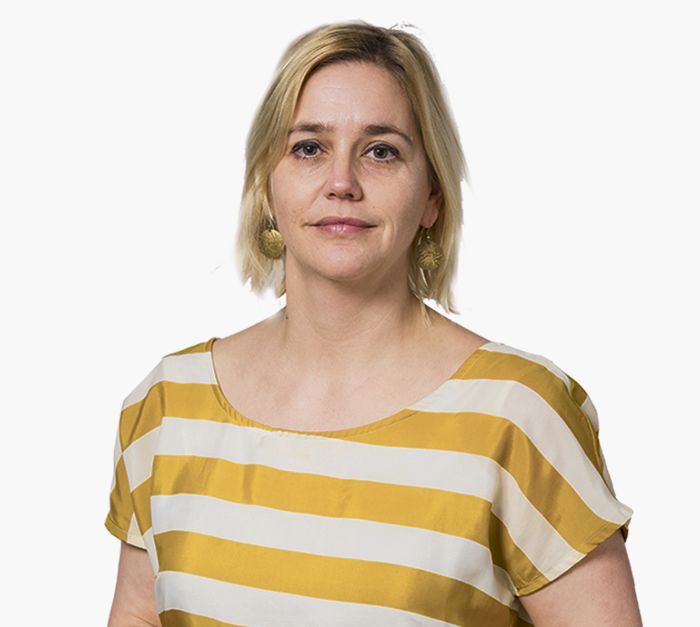 Each year, 275 scientists and representatives of society gather around a dinner party to celebrate the role of science in society. Two prizes will be awarded during the Science and Society Evening, one for excellence in scientific communication (the Iris Medal, won last year by Marion Koopmans) and one for the most relevant research for society (the Huibregtsen Prize ). I still fervently hope for an invitation, because it is an inspiring evening. You will be informed about current scientific research by 25 top scientists. Luckily, the invite landed in my digital mailbox last week. I rushed to sign up, but got stuck halfway through entering my personal information. “We offer a vegetarian menu. If you nevertheless like meat or fish, you can indicate it here.

I’m a vegetarian who sometimes eats fish outside the house, but now I’ve experienced that I would place a burden on the organization if I wanted something more “nevertheless”. I called my sister, who is not a vegetarian, to find out if she was invited. She too would go, and she, like me, had lingered on this question. She, like me, had decided that she didn’t want to make an exception that night by asking for meat anyway.

The wording marks a change: the exception (vegetarian) has become the norm and eating meat or fish is becoming a conscious act. I could agree with the choice of the organization to approach it differently. The years I was there, people with dietary needs had a drink on the table with marbles in it. This resulted in a whole palette of colors: blue (meat-free), green (vegan), yellow (lactose-free), purple (gluten-free) etc. I’ve always stared at those glasses; some people really had a lot of marbles, it was intimate, a matter of intimacy: oh look, this teacher has a gluten allergy! It also distracted me because all those marbles kept me busy with the logistics and the staff that had to take so many colors into account. However, what struck me every year: vegetarians were in the minority. The choice to make vegetarianism the norm is therefore not a practical choice, but a moral one.

In his recently published book Sensitive. Beyond the limits of human sensibility German philosopher Svenja Flasspö̈hler reflects on the rise in dietary requirements and allergies. According to her, we live in a hypersensitive society where the special prevails more and more over the universal. She wonders since when we became so sensitive. Ignoring a person’s idiosyncrasies – from dietary requirements to forms of address – can quickly lead to serious injury these days. Why have we become so sensitive and why do we want to communicate allergies so clearly? Is it a reaction to something? And where is the tipping point: when will you have an unlivable society? Are we still one community?

“A brief example of this crisis of the general is the ritual of the shared meal, which is hardly possible if everyone at the table has a certain sensitivity. Are there nuts in lettuce? Unfortunately, I’m allergic to it. Meat? I am vegetarian. No fruit from your region? An ecologically shameful thing, which I do not support. The greater the awareness, the greater the likelihood that everyone will eat and be left alone,” says Flasspöhler. She notes that sensitivity is not necessarily synonymous with progressiveness. Sensitivity can turn into regression and aggression when it is made absolute and glorified. Flasspöhler argues for equating sensitivity with resilience, in order to maintain community cohesion. This means: don’t always give your peculiarity the leading role. Applied to dinner: role reversal makes you aware of the norm previously taken for granted. As a fish or meat eater, you are now the special, and it is good not to emphasize that.

Nevertheless, a personal wink: last week I gloriously joined the hypersensitive society. I did a thorough allergy test and was rewarded with no less than five allergies. One of them is perfume. I have passionately set out to make my living environment fragrance-free. I will be there, without balls of meat or fish, at dinner. I would like to ask my possible table companions not to wear cologne or perfume that evening.

Stine Jensen is a philosopher and writer. She writes a column here every two weeks.

A version of this article also appeared in the July 1, 2022 newspaper