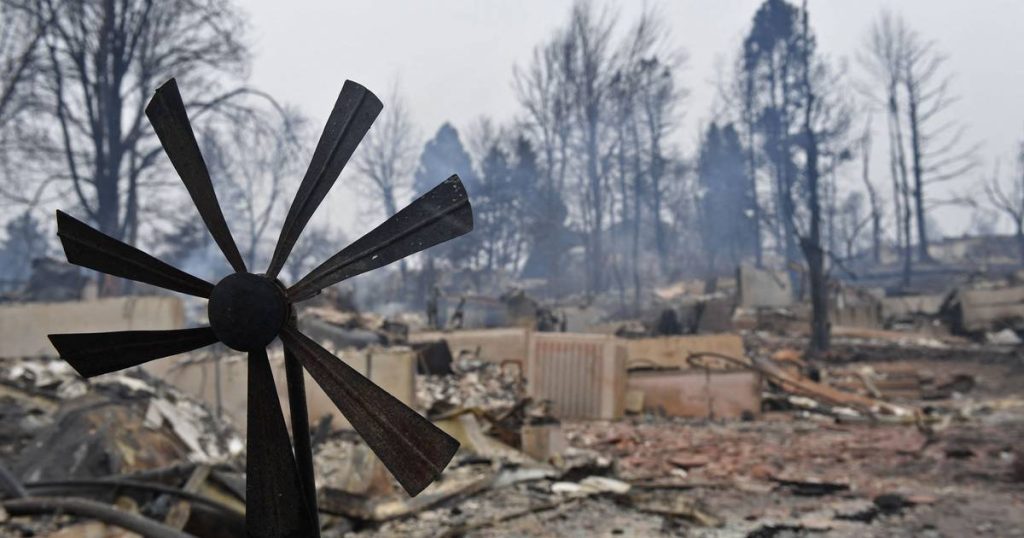 Colorado residents, ravaged by severe forest fires, were able to breathe a sigh of relief on New Years Eve. The sudden onset of wintry weather with snowfall and diminishing winds seem to be choking the forest fires. devastating.

The wildfires surprised residents of Boulder County and Metropolitan Denver, destroying around 1,000 properties in a short time. According to the authorities, it is a miracle that there were no deaths. Only six people are known to have suffered minor injuries.

The wildfires, fueled by hurricane-like winds reaching speeds of up to 170 kilometers per hour, displaced tens of thousands of people from their homes on Friday. The fires threatened the Denver suburbs. A hotel, shopping center and apartment complex in Superior caught fire. The place is located nearly 15 miles from downtown Denver.

But now authorities have been able to cancel all of their evacuation orders due to the fires near Denver. People with respiratory problems are strongly advised to stay indoors and close windows and doors, as snow and wind keep the smoke from the scorching and smoking vegetation close to the ground. President Joe Biden called the governor of the stricken state of Colorado about the fires and damage.

Colorado Governor Jared Polis has declared a state of emergency. According to Polis, the actual extent of the damage has not yet been established. Local police chief reports 500 homes may have been destroyed by the fire, writes The Washington Post. Wind gusts of more than 160 kilometers per hour made it difficult for the firefighters to control the fire.

Forest fires are more common in this region, but are “unusual” for the time of year, according to meteorologist Daniel Swain of the University of California. These are several fires, which may have started due to falling utility poles.