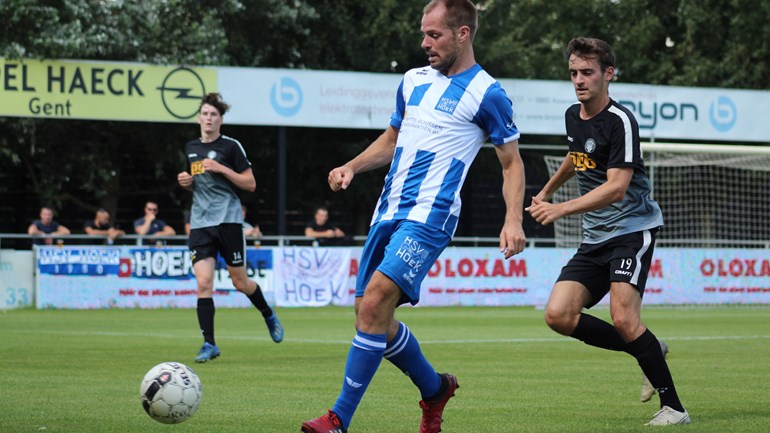 Hoek’s last match was on October 10, 2020 against Sportlust’46 (0-2 victory). After that, the competition was stopped. Hoek did not train together during the lockdown, but the players themselves maintained their fitness level. Preparations started in mid-June, with varying performance.

“We managed to keep everyone in good shape,” says coach Lieven Gevaert. “In terms of field play, I am also happy with the preparation, although the results were not always good. Against KRC Gent, for example. We played well then, but we lost.”

Gevaert does not comment on expectations for next season. “It’s hard to say how strong the opponents are. My goal is to get rid of the volatility from last season. The results were too variable. We have to get rid of it.”

Hoek will not be able to call on Fabian Wilson, the permanent right-back, tomorrow. Wilson was sidelined for a long time due to personal circumstances. Wilson has cautiously resumed individual training, but is not available at this time.

The progress of the Hoek – Barendrecht match can be followed tomorrow from 2:30 p.m. via Twitter @omroepzldsport. A summary of the match can be viewed in the evening on this site and on television in Omroep Zeeland Sport on Sunday (6.10 p.m.).