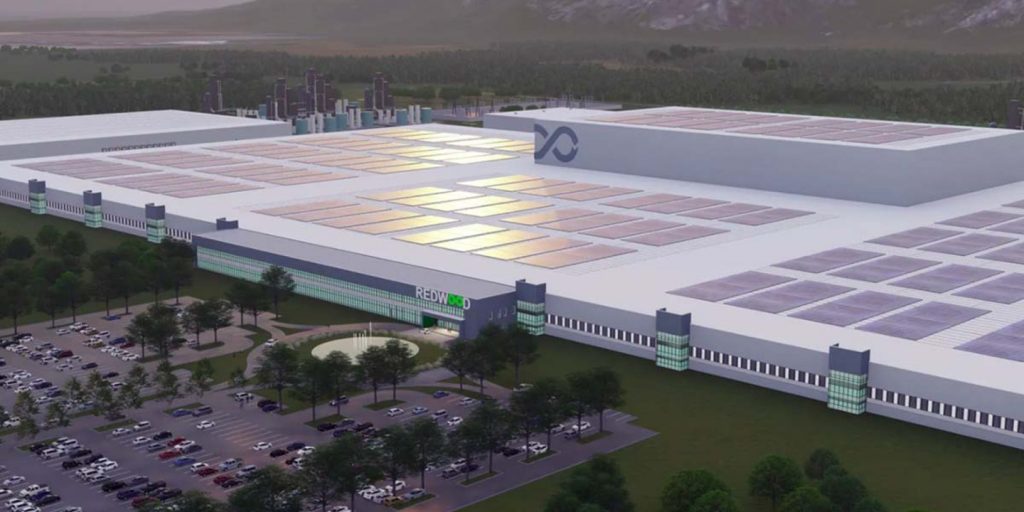 After co-founding Tesla, JP Strabel took charge of Redwood Materials, the largest lithium ion battery recycling specialist in the United States. The leadership position of the company motivates it to continue to grow. Therefore, it plans to build a cathode factory for electric cars, with a target of delivering 6.5 million vehicles by 2030.

Strabel plans to build a fourth plant at a cost of US $ 1 billion (EUR 850 million) to support the recycling of lithium ion batteries. The goal of this new production platform is to initially provide cathodes equivalent to 100 GWh batteries by 2025. The ultimate goal is to reach 500 GWh per year by 2030, which is equivalent to about 6.5 million electric cars over long distances. At current prices, it could be $ 25 billion or more than 21 21 billion.

By manufacturing cathodes directly in the United States, Redwood Materials aims to reduce the distance traveled by certain materials used in the manufacturing and distribution process of finished batteries up to 50,000 miles. This is a major problem as the electric vehicle currently has to travel 16,000 miles (25,000 km) to compensate for more pollution in production compared to the internal combustion engine. By lowering this limit, the environmental attractiveness of electric cars increases and shorter transport distances mean lower logistics costs, thus making the cost of the cathode more important than the cost of the batteries.

In addition, Redwood can improve the carbon footprint of used batteries, recycling 95% of it. A process that produces cathodes from 50% recycled materials.