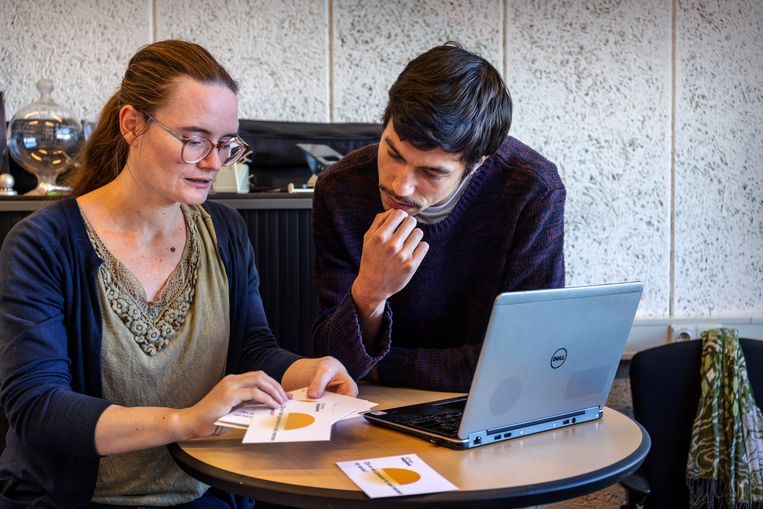 “How can I dress sexy and yet sustainably”, is one of the pressing questions of the Climate Helpdesk, in which more than 300 scientists work on a voluntary basis. “Above all, there is a great need for practical information, with which we fill a niche.”

Prior to the arrival of the Climate Helpdesk, anyone who asked a climate question online in Dutch invariably ended up on infamous blogs of climate deniers. But since the creation of the virtual source of information, Google has made short work of it, explains Joseline Houwman of the University of Utrecht (UU), one of the founders. “Our published answers always contain a brief summary, and the search engine loves these so-called ‘snippets’. That’s why you no longer see these blogs but our concise answers.

This is not the only reason why the Climate Helpdesk, created two years ago, is a success. There are now over 150 answers on the site, and about 60 more are in the works. The Sustainable 100 jury recognizes this and ranks the Climate Helpdesk 33rd in the ranking of the best citizen initiatives.

“I didn’t expect us to be at that number already,” says Houwman. It is thanks to the enthusiastic club of about thirty volunteers, and to our network of about three hundred scientists, who answer questions pro bono. For this, they sometimes have to delve deeply into literature. And peer review – common in science – also takes a long time. A colleague reviews the colleague’s response critically, and it is adjusted if necessary before publishing.

The fact that Houwman, Beta Science Project Manager at UU, is visibly enthusiastic on a daily basis is also down to the “surprising variety” of questions. They are often very practical in nature, she says. “For example, which is more durable: a paper book or an e-reader, for which rare earth metals are used? In this regard, we are filling a niche. Technical information often predominates, for example in the nitrogen crisis, when people especially want to know: what are the consequences for us, and what can we bring ourselves?

Vincent van Roomen, a young climatologist, has been active as a volunteer since last spring. He is looking for the appropriate scholar to answer the questions and will post his first answer soon. “Does the heat from all our electrical appliances and machines in and around the house also warm the planet?” someone asked. “In itself a very logical question”, says Van Roomen, “which was never tackled during my studies. However, I also wanted to know exactly what it was. And scientific research has shown that devices are only responsible for 1% of global warming. CO2 emissions therefore have almost a hundred times more influence.

To show that the questions were really asked by people, we ask permission to publish their first name, age and place of residence, says Houwman. “As a result, we know that it is often men in their 40s and 50s who use the helpdesk. The young people hardly approach us, whereas we started it for them. Besides himself, Houwman points to physicist Sanli Faez and climatologist Leo Meyer, who co-authored the IPCC report. They started the Climate Helpdesk in response to the student climate protests in 2019. “In the media they sometimes said things that weren’t correct, when it’s so important that the information is correct. ”

Van Roomen understands that young people are generally unaware of the help desk. They want an answer as soon as possible, which is often not possible. Not only because some answers require a lot of research, but also because they are extensively checked for incomprehensible language. The yawning gap between science and society is partly due to miscommunication, he says. “If citizens already have access to scientific publications, they are often illegible to them because of the jargon.

Due to its low threshold, the Climate Helpdesk should also be seen as an outgrowth of open science. It is a movement that wants to make science accessible to the general public, which after all contributes to the academic world with taxpayers’ money.

Van Roomen: “It’s very important that people know exactly how things work. It can make them less helpless. Also because we already have many solutions to the problems – we just have to realize them. I have a job in a start-up that grows, among other things, oyster mushrooms on coffee grounds. But there are ten thousand different types of mushrooms, many of which are probably also super tasty and sustainable meat substitutes. I think it’s valuable to contribute to the idea that we can all do something about climate change and empower ourselves.

Meanwhile, Houwman and his team are working on a next step. “Our answers cover so many areas that we plan to turn them into teaching materials for secondary school students. Today, climate is often discussed only in geography. And it’s often things like sea level rise, when people want to know a lot more. A playful educational kit can also be used by biology and social science teachers. But first we have to find the money for it.

The ClimateHelpdesk has since been emulated. Recently, the Biodiversity Helpdesk – an initiative, among others, of the Naturalis Biodiversity Center – was launched. “What type of garden is best for biodiversity? is a question, like: “What influence do cities have on evolution?” For anyone looking for reliable and easy-to-understand information on biodiversity.

The green classification, in stages

Trouw presents: the fourteenth Sustainable 100. Today it has 50 to 26, of which the number 33 is highlighted. Further explanations of these 25 projects are here read.

The top 25 will be announced on Thursday, October 6 from 8:30 p.m. at Pakhuis de Zwijger in Amsterdam. It can also be tracked online. The complete list will be presented the following day, October 7; the top 100 online on the Trouw website and the top 25 in a special magazine with the newspaper.