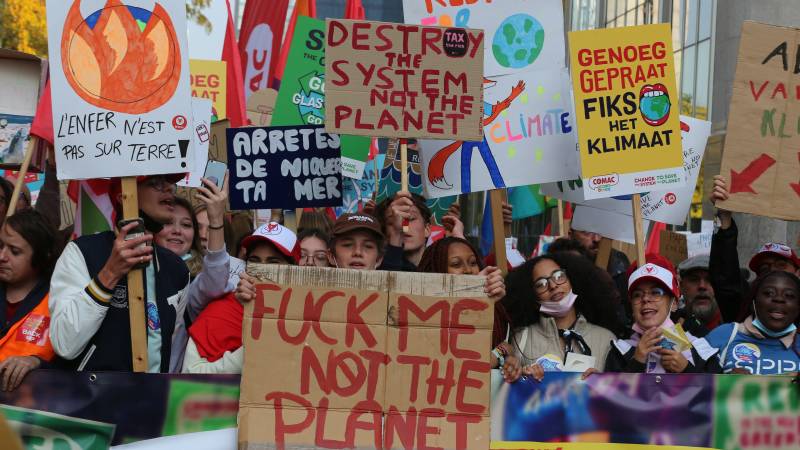 Protesters march for the climate in central Brussels. It is an initiative of more than eighty organizations that have united in the Climate Coalition. They want politicians to do more to mitigate the effects of climate change.

Police in the Belgian capital estimate the number of participants at around 25,000, broadcaster reports GARDEN. Organizers estimate that there are 70,000 demonstrators on the ground.

“The urgency has never been greater,” said Zanna Vanrenterghem, vice-president of the Climate Coalition. “The climate crisis has mercilessly invaded our living rooms, think of the floods this summer. In the meantime, politicians look like a disaster tourist and certainly aren’t rolling up their sleeves enough. “

The Climate Coalition has developed an action plan with more than a hundred solutions. For example, organizations believe that more needs to be done in the area of ​​insulation. They also want more renewable energy and better public transport.

Organizations believe that the costs of these plans should primarily be borne by the biggest polluters. For the less wealthy, the financial consequences should be limited.

The event is being held in preparation for the United Nations Climate Change Conference from October 31 to November 12 in Glasgow. The intention is that the countries there increase their climate ambitions in order to limit global warming.