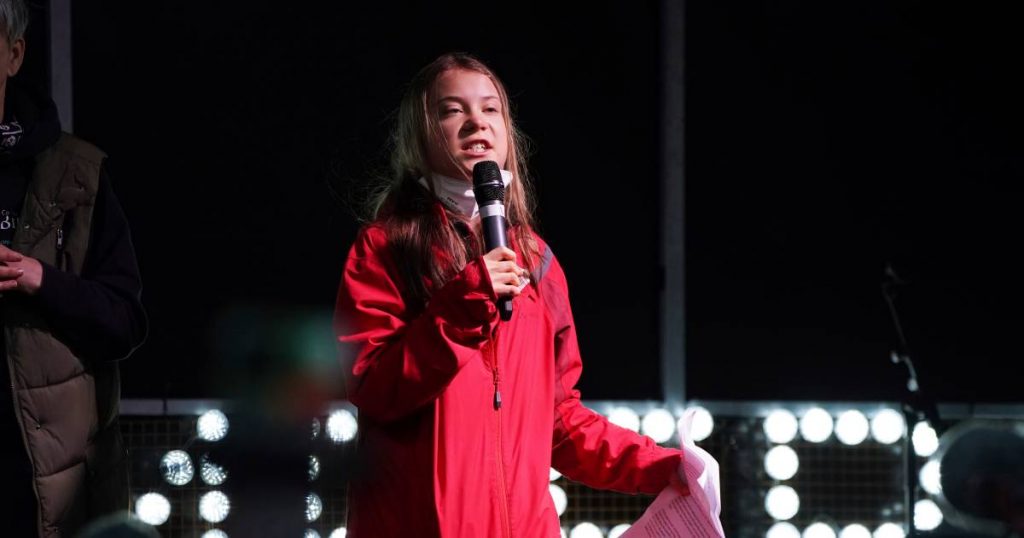 Behind the scenes, leaders of the North are refusing to act, Thunberg said in a speech to thousands of young people. According to the climate activist, the world powers are doing nothing about climate change. “But they can’t ignore us,” Thunberg told the young people.

The climate activist argued that those most affected by climate change are still not being heard. “But the facts don’t lie,” Thunberg said. To ensure that global warming is kept to 1.5 degrees, society must fundamentally change, the climate activist warned. She called it the result of the persistent failure of world leaders to tackle the climate crisis. “We’ve had enough of their blah blah blah.”

Thousands of protesters, mostly children and youth, called for more action on global warming with a climate march in Glasgow, where the COP26 climate summit is being held. Banners and protest panels carry texts such as “time to act” and “don’t give up on us”. A 9-year-old protester hopes “today will bring a change”. According to the young girl, “everyone can make a difference” in the fight against climate change.

According to a group of researchers led by the Dutch Environmental Assessment Agency, world leaders don’t just have to resort to new plans to meet climate goals. If the climate measures that have proven successful so far are rolled out quickly, ambitiously and globally, it could help limit global warming to 2 degrees Celsius. This target was agreed at the Paris climate summit in 2015.

Success measures can represent up to two-thirds of the required reduction in CO2 emissions. The more desirable maximum of 1.5 degrees of warming cannot be achieved with these measurements alone.

The Paris climate target often seems out of reach. This is why the researchers looked at a scenario in which successful measures are deployed more quickly. It is, after all, “politically more feasible and cheaper in the long run.” The researchers rely on “nationally oriented short-term measures”. The scenario assumes that the measures of success will be rolled out worldwide by 2030, and that CO2 pricing will be introduced after 2030.