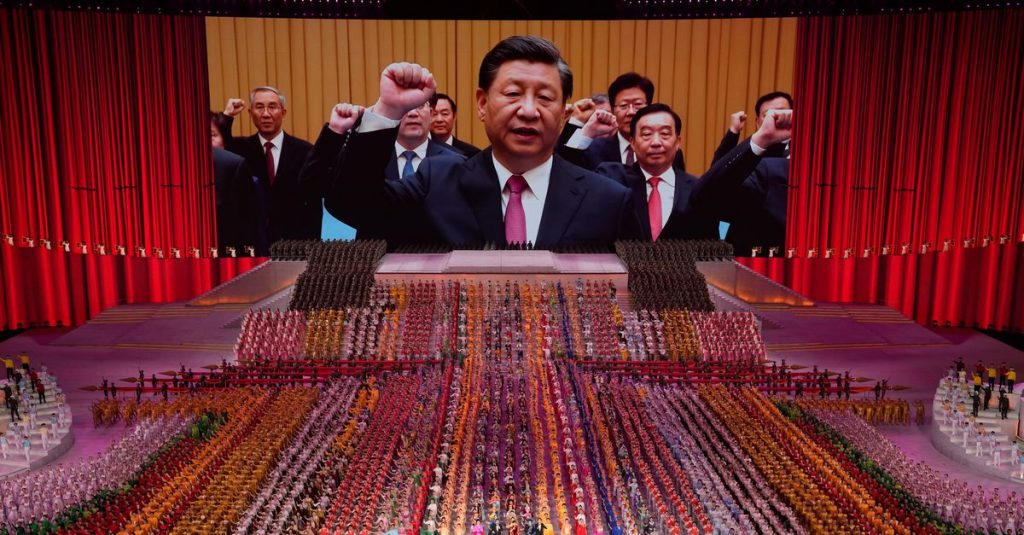 Like Hong Kong, China wants to end the autonomy of the democratic island state of Taiwan. Chinese President Xi Jinping promised a “complete reunification” with Taiwan during the centennial celebrations of the Communist Party of China (CBC) on Thursday, and warned all foreign powers seeking to interfere in Chinese government policy, Reuters reported. “Only socialism can save China,” Xi said. He said the Chinese people would never allow a foreign power to intimidate, suppress or subjugate them.

Xi sees the annexation of mainland China (the Communist People’s Republic of China) to Taiwan (Republic of China) as a “historic task” for his party. “All the sons and daughters of China, including comrades on both sides of the Taiwan Strait, must move forward together in solidarity and firmly destroy all plans for Taiwan’s independence,” he said in an hour-long speech at the Tiananmen State Congress. This week China celebrates the party’s anniversary with major military parades and exhibitions. The party wants to turn China into a superpower under a new post from party leader Shi.

The CBC sees Taiwan as a ‘traitor province’. Taiwan is set to become an internationally recognized state, led by re-elected Chinese-critical President Tsai Ing-wen in 2020. Taiwan has not received that recognition from many countries, including the Netherlands and Belgium. This is in stark contrast to the United States, which has strengthened ties with Taiwan under former President Trump, among other things, with arms supplies. Taiwan, which responded to Shik on Thursday, reiterated that only the people of the island determine their future, and again rejected Chinese pressure. The “peaceful” reunification with Taiwan promised by the Chinese president in his speech is not possible.

Conflicts between China and Taiwan have been in the air for decades, and are further fueled by issues in Hong Kong, the special administrative region of the People’s Republic of China. A national ‘security law’ was introduced in mid-2020, rapidly ending fundamental freedoms in Hong Kong, where activists and journalists are detained.