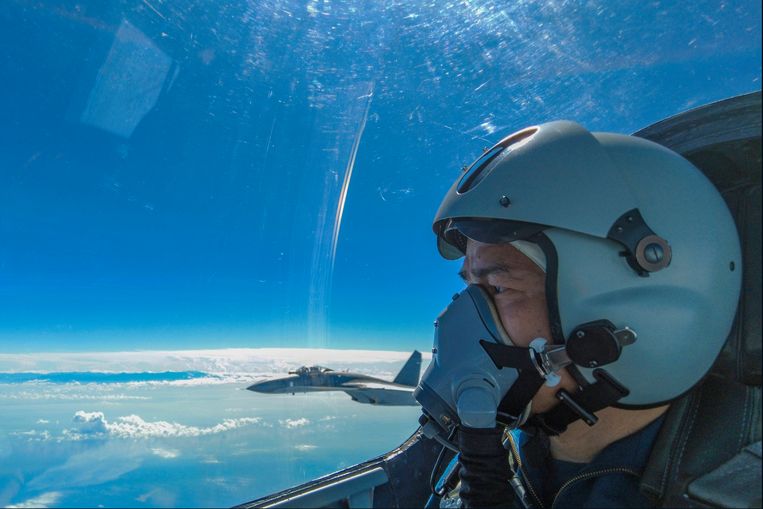 Chinese exercises around Taiwan, which were due to stop on Sunday, will continue for a long time. With this unpredictable move, China continues to exert pressure on the independent island off the coast. Beijing has targeted potential US military aid to Taiwan with recent drills.

Chinese military officials announced drills Monday morning targeting submarine and ship attacks. According to military experts, Beijing is also sending a message to the United States that it can help Taiwan submarines and other naval vessels if it is indeed attacked.

Tension in the area

The ongoing exercises have created tension in the area. Singapore Prime Minister Lee Hsien Loong also mentioned this. In a speech on Monday, he warned that competition between China and the United States in East Asia could endanger peace and stability. “A storm is raging around us. The relationship between the US and China is deteriorating and doesn’t look like it will improve anytime soon. Also, bad judgments or mistakes can easily make things worse.

Chinese exercises around Taiwan were announced from Thursday to Sunday, but have now been extended. Why this happens and how long it lasts is not disclosed.

Taiwan has now partially freed air travel and shipping, but the uncertainty may hamper traffic in the coming days. It may also have consequences for global trade. The Ministry of Foreign Affairs in Taipei continued to condemn the Chinese move.

A week ago, China announced military exercises in response to US Speaker Nancy Pelosi’s visit to Taiwan. Beijing views the island as a rebellious province that needs to be brought back under the control of the Chinese Communist Party. The use of military means was never excluded. China has banned foreign politicians from visiting Taiwan.

Taiwan has so far responded very calmly to Chinese exercises. Taiwanese naval vessels have prevented Chinese ships from crossing the previously respected line between the mainland and the island. China has the right to exercise in the waters and airspace around Taiwan.

The US, which supports Taiwan politically and militarily, has been in the background during the large-scale exercises. US aircraft carriers in the region have not sailed toward Taiwan in recent days. Washington doesn’t want to stoke more tense relations, but it may conclude that China can now do its thing around Taiwan with impunity.

read more:
Why tiny Taiwan is so important to the Netherlands

China wants to annex Taiwan and is increasing the pressure with large military exercises. What is the significance of this small island off the coast of China?