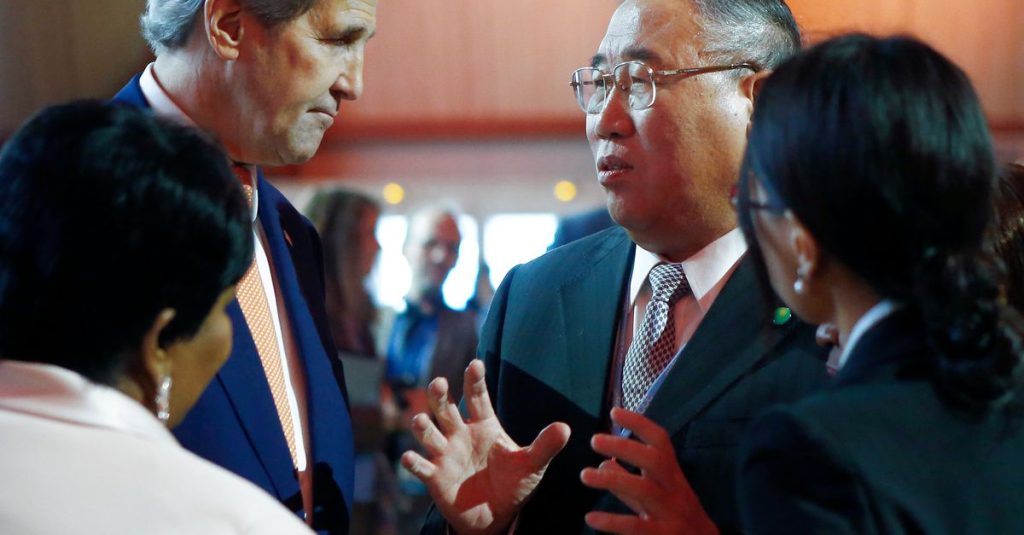 China and the United States will join forces to tackle climate change in the current decade. Chinese chief negotiator Xie Zhenhua and his US colleague John Kerry said this at the Glasgow climate summit on Wednesday evening, international news agencies reported. In a joint statement, the two countries say they “recognize the seriousness and urgency of the climate crisis”. The countries want to cooperate, among other things, in the reduction of greenhouse gases CO₂ and methane.

China and the United States are the world’s largest economies and also the world’s largest CO₂ emitters. Before the climate summit, there were concerns that the two countries could not work together. Even during the summit, a deal seemed far away. Earlier today, the Chinese delegation showed to the Bloomberg News Agency knew that an agreement on methane reduction was unlikely.


Climate scientists have been told that the two countries will now work together to tackle climate change as an important symbolic step. A step which can help to find an agreement on the “Paris Regulations”to implement the 2015 Paris climate agreement.

Chinese climate envoy Xie said China will tighten its targets for reducing CO₂ emissions and the two countries will do more to tackle deforestation. When asked, Kerry once again pledged to respect the Paris Agreement. UN Secretary General Antonio Guterres welcomed the cooperation announced between China and the United States.

This article is also part of our live blog: Scottish police have arrested 70 protesters since the start of the Climate Summit