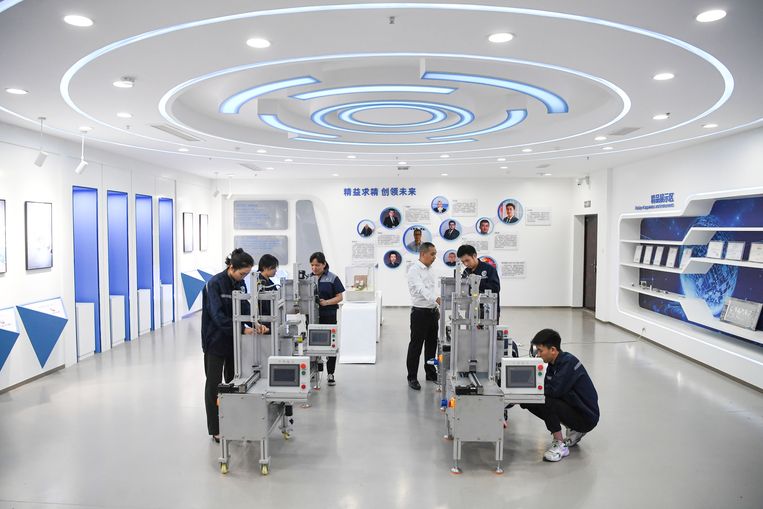 When it comes to which is the most influential country in the world, people usually look at the size of the economy. The United States is still well ahead in this list, with an expected gross domestic product of $25 trillion (or 12 zeros), according to the IMF. Every year, however, US policymakers look anxiously at China, which is expected to continue to catch up with nearly $20 trillion in GDP this year.

In the field of scientific research, China has already surpassed the competition, it seems now. According to a study released Tuesday by the National Institute of Research and Technology of Japan, China published an average of 407,181 scientific papers per year between 2018 and 2020.

This represents 23.4% of the total number of scientific articles published during these years. The United States follows with 293,434 publications, Germany comes third.

Chinese scientific research was unprecedented not only in quantity, but also in influence. By far, the largest number of most-cited papers between 2018 and 2020 also came from China. The frequency with which a research paper is cited by other scientists is often considered a measure of the quality and impact of a research.

Where the United States topped this list for decades, 27.2% of the world’s top 1% of articles were written by Chinese. Research in the United States accounted for 24.9% of the most cited studies between 2018 and 2020. The United Kingdom, with 5.5%, came third.

The Netherlands, which still occupied eighth place on the prestigious list between 1998 and 2000, have since disappeared from the top 10.