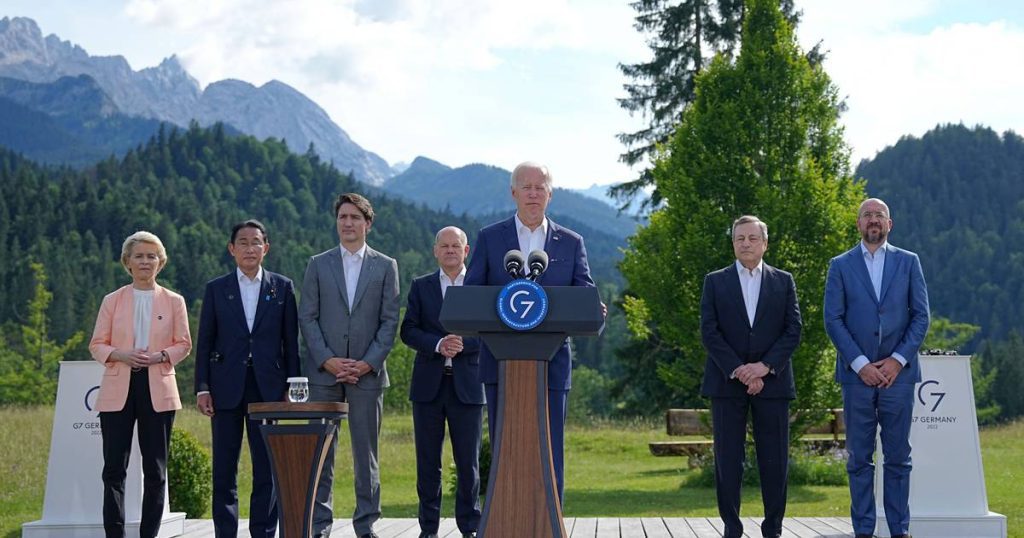 A group of seven rich democratic industrial nations wants to invest $ 600 billion in a global infrastructure project. The White House announced this on Sunday. The project could compete with China’s new Silk Road, with Beijing opening trade routes to Europe, Africa, Latin America and Asia since 2013.

The infrastructure project comes from the US box, which was already announced last year, but officially kicked off on Sunday, the first day of the three-day G7 summit in the Bavarian Alps. The White House has announced that the G7 nations will release $ 600 billion by 2027. “The money will go towards global investment in infrastructure, improving the lives of people around the world, strengthening and diversifying our supply chains, creating new opportunities for American workers and entrepreneurs, and improving our national security,” said US President Joe Biden.

According to a US official, it is primarily aimed at low- and middle-income countries that require significant investment in infrastructure “without being ordered from the outside.” He scoffed at China’s new Silk Road, saying its purpose was to ensure that the benefits of investment reach the people and not lead to debt traps. Beijing has invested billions of dollars in several African countries in recent years, but is building a relationship based on credit and pro.

In addition to the Russian invasion of Ukraine, China will be a key element in the agenda of the G7 summit in Bavaria. Last month, US Secretary of State Anthony Blinken said the country was the biggest challenge to international order in the long run. In addition to the United States, the G7 has members from the United Kingdom, France, Germany, Italy, Canada and Japan. The EU is also at the table. The summit in Schloss Elmau, 100 kilometers from Munich, will last until Tuesday.

Trudeau and Johnson make fun of Putin in the G7