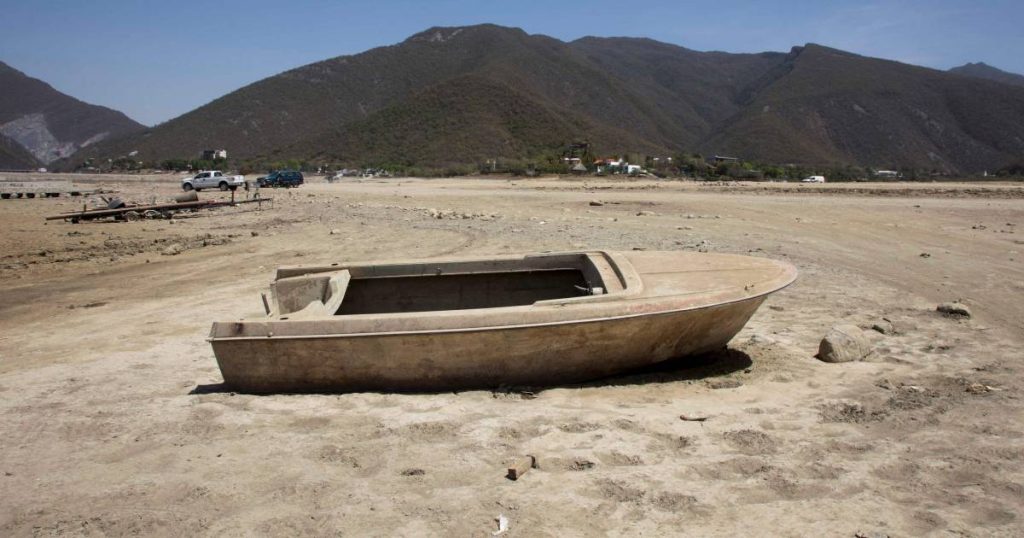 13 years of drought lead to drastic measures in Santiago, the capital of South American Chile. Tap water must be rationed, reports the governor, because the rivers from which the city draws its water are at an alarming level.

Santiago Governor Claudio Orrego announced the water rationing plan for the city of around 6 million people at a press conference: ,,A city cannot live without water. We are in an unprecedented situation in Santiago’s 491 year history in which we must be prepared that there will not be enough water for everyone.

He explains that the city is introducing a system with four color codes from green to red which are adjusted to the water levels of the Maipo and Mapocho rivers. These rivers provide most of Santiago’s tap water, but much less water has flowed through them in recent years. The areas to which these codes apply should rotate, so that every neighborhood eventually has access to additional water.

At the first level, the responsibility still rests with the citizens and the messages will mainly be sent by the municipal council to reduce water use. As codes become more stringent, the council may decide to reduce the water pressure, or even turn off the water. With the red color code, there is a significant shortage of water in the reservoirs, explains Orrego. In this scenario, the city plans to drastically reduce a neighborhood’s water for periods of up to 24 hours. It is not known how much will come out of the tap.

The governor attributes the measures directly to climate change: “It is important that people understand that climate change is permanent. The effects are not only noticeable globally, but also locally. british newspaper The Guardian writes that the Chilean government estimates that the amount of water in Chile has dropped by 10 to 37 percent over the past year. Moreover, this number is expected to halve before 2060.

Last week, the UN’s climate panel called on the IPCC to in acute measures to counter the effects of climate change. A lot needs to change, and it can be done just in time before there are disastrous consequences, according to the scientists around the world who sit on the panel. They had a clear message: a deep transformation is needed, otherwise we will experience many more climate extremes than in Chile.